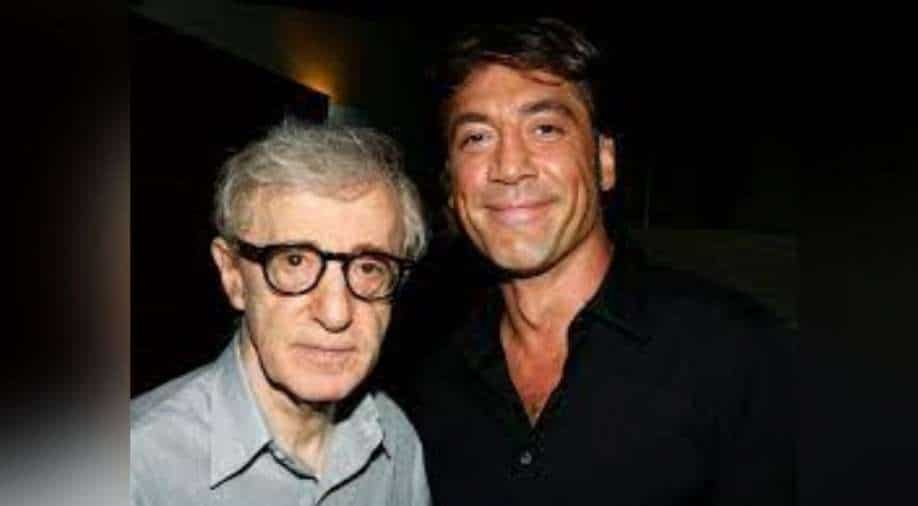 Javier Bardem has spoken out in support of Woody Allen over sexual abuse allegations made against the filmmaker.

Javier Bardem has spoken out in support of Woody Allen over sexual abuse allegations made against the filmmaker. Bardem termed the allegations as 'gossip' and said people are innocent until proven guilty.

Talking about his stance on Allen, Bardem said, "Pointing fingers at someone is very dangerous if it hasn't been legally proven. Beyond that, it's just gossip."

He continued, "I try to go where logic dictates, which is: Let`s follow the rules that exist to establish whether someone is guilty or innocent. If the case re-opens and he is proven to be guilty, I will be the first to say, `What a horrible thing.` But so far, I haven't seen that."

Bardem, who starred in Allen's 2008 film 'Vicky Cristina Barcelona', was dragged in 2018 when he said he would work with Allen again after the director's estranged daughter, Dylan Farrow, accused him of sexual abuse.
Allen has, since then, vehemently denied Farrow's claims.

"He's a genius," Bardem said during the 2018 Lumiere Film Festival in France, adding that despite being in the #MeToo era, "I would work with him tomorrow."

Bardem had reiterated at the time that Allen had not been found guilty of any crime." Public accusations are very dangerous. If someday there is a trial and it`s proven to be true, I would change my opinion, but at this moment, nothing has changed," he continued.

Bardem's 'Vicky Cristina Barcelona' co-star Scarlett Johansson had also defended Allen, saying in 2019, "I love Woody. I believe him, and I would work with him anytime."

Meanwhile, Timothee Chalamet and Rebecca Hall, who both starred in Allen's 'A Rainy Day In New York', have denounced the director.