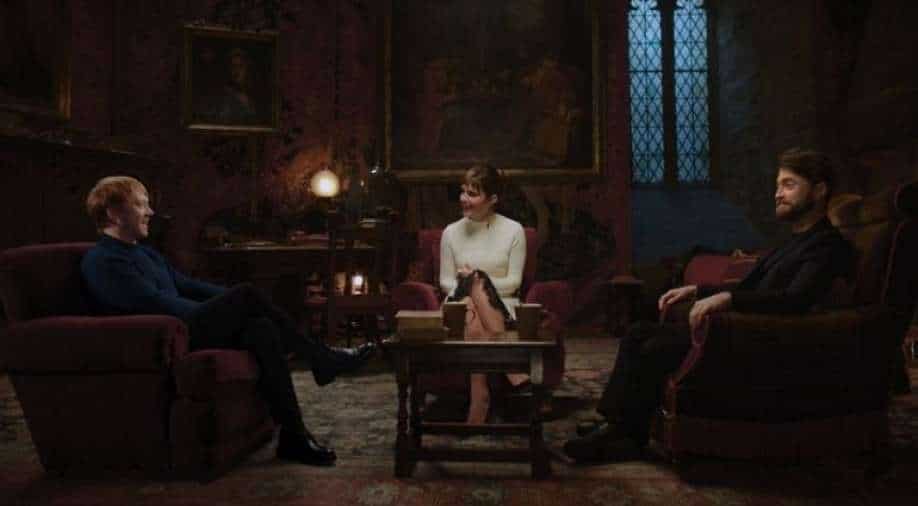 On Monday evening, HBO Max released a much-anticipated preview of 'Harry Potter 20th Anniversary: Return to Hogwarts' that takes fans down the memory lane along with the cast.

It is finally out! The trailer of the highly anticipated Harry Potter Reunion special is out. On Monday evening, HBO Max released a much-anticipated preview of 'Harry Potter 20th Anniversary: Return to Hogwarts' that takes fans down the memory lane along with the cast of the popular movie franchise.

The upcoming special will reunite the actors and filmmakers from the eight-movie series, which will stream on January 1.

The trailer shows the film's principal cast- Daniel Radcliffe, Emma Watson and Rupert Grint reminiscing their time on the sets. Watson says, "It feels like no time has passed -- and loads of time has passed." Radcliffe says that something that had scared him was "the implication that the most meaningful thing in our life was done", and that seeing everyone is "joyous", he realises "it wasn`t though".

20 Years Of Harry Potter: 8 fun facts about the film

The only person missing from the reunion will be JK Rowling, the author of the books on which the films were based. Rowling has been under attack for remarks she had made about the trans community a year ago after retweeting an op-ed article on 'people who menstruate'.

The multi-millionaire author now claims to be a victim of the 'cancel culture' and calls herself a TERF -- or 'trans exclusionary radical feminist'.

'Harry Potter and the Sorcerer's Stone' was the first film on the series and was released in November 2001. The reunion special will commemorate the franchise's 20th anniversary.

The special was taped at the Warner Bros. Studio Tour London where the film was also shot.