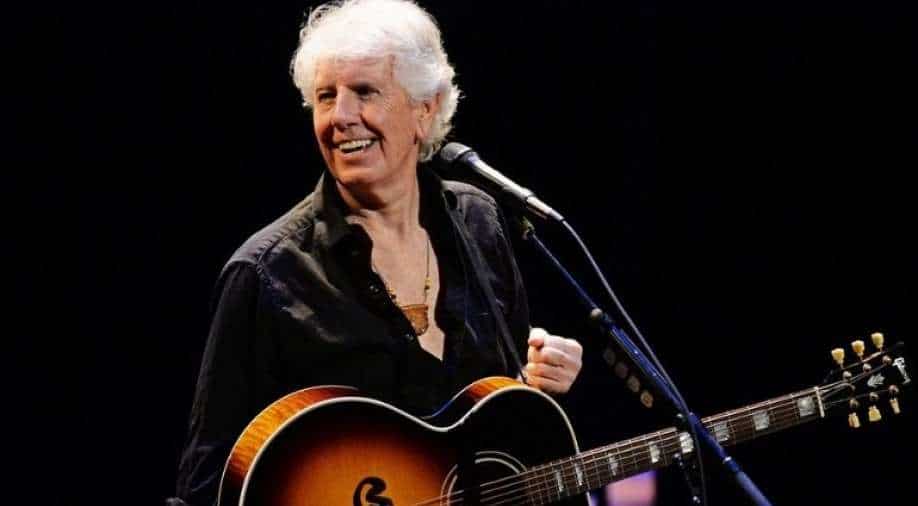 Graham Nash and India Arie are the latest celebrities to announce that they are following in the footsteps of Neil Young and Joni Mitchell by removing their music from the platform.

More musicians are withdrawing their music from Spotify despite the audio platform's efforts to assure audiences that the streamer would add content advisories to its podcasts about COVID-19.

Graham Nash and India Arie are the latest celebrities to announce that they are following in the footsteps of Neil Young and Joni Mitchell by removing their music from the platform, reported Variety.

Nash said in a statement that he "completely agrees" with his Crosby, Stills, Nash & Young bandmate Neil Young after "having heard the COVID disinformation spread by Joe Rogan on Spotify."Nash added, "I am requesting that my solo recordings be removed from the service."While Young, Mitchell and Nash exited Spotify because of Joe Rogan`s podcast spreading COVID misinformation, India Arie noted on Instagram that she is leaving Spotify because of Rogan`s "language about race"."Neil Young opened a door that I must walk through," Arie wrote on Instagram.

She added, "I believe in freedom of speech. However, I find Joe Rogan problematic for reasons other than his Covid interviews. For me, it`s also his language around race."

Arie continued, "What I am talking about is respect -- who gets it and who doesn`t. Paying musicians a fraction of a penny? And him USD 100 [million]? This shows the type of company they are and the company that they keep. I`m tired."Rogan received backlash last month after engaging in a debate about what it means to be Black with podcast guest Jordan Peterson.

Rogan said it`s "very strange" that anyone would call themselves Black unless they`re from the "darkest place" of Africa, adding, "There`s such a spectrum of shades of people. Unless you`re talking to someone who is, like, 100 per cent African, from the darkest place, where they are not wearing any clothes all day and they`ve developed all that melanin to protect themselves from the sun. You know, even the term Black is weird. When you use it for people who are literally my color, it becomes very strange."

Following Young and Mitchell`s departures, Spotify CEO Daniel Ek announced a plan to add warning labels on its global platform to content that skirts the line between "what is acceptable and what is not."In his statement, Ek vowed that Spotify would affix warnings on podcast episodes that include conversations about COVID-19. Notably, Ek did not specify any content creators by name in the statement.

Rogan then came forward with a 10-minute video posted on his Instagram in which he said, "I`m not trying to promote misinformation."Rogan admitted that it`s important he "makes sure that I`ve researched these topics -- the controversial ones in particular -- and have all the pertinent facts at hand before I discuss them," adding, "I`m not trying to be controversial. I`ve never tried to do anything with this podcast other than just talk to people and have interesting conversations."