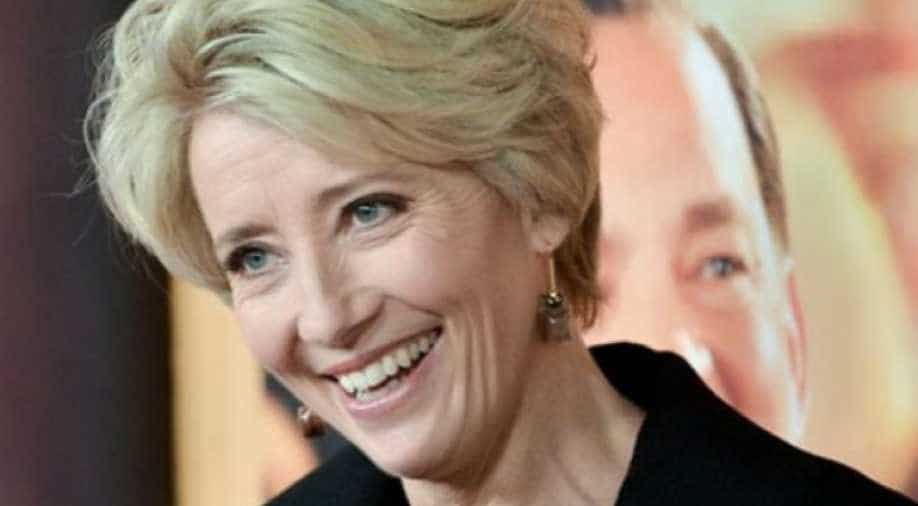 In the British dramedy, Emma Thompson plays the role of Nancy Stokes, a widowed schoolteacher

Emma Thompson is talking about filming nude scenes in her latest film.

The British actress opened up about rehearsing “entirely nude” with her co-star Daryl McCormack for their forthcoming film, 'Good Luck to You, Leo Grande', at the film's virtual Sundance Film Festival premiere on Saturday.

“It’s very challenging to be nude at 62,” Thompson shared, before adding about  her character, "She stands in front of a mirror alone and she drops her robe."

"Sophie, Daryl, and I rehearsed entirely nude and talked about our bodies, talked about our relationship with our bodies, drew them, discussed the things that we find difficult about, things we like about them, described one another's bodies," Thompson shared during a Cinema Cafe discussion.

Further, the Oscar-winning actress shared about doing nude scenes in her sixties: ''I don't think I could’ve done it before the age that I am. And yet, of course, the age that I am makes it extremely challenging because we aren’t used to seeing untreated bodies on the screen.''

In the British dramedy, Thompson plays the role of Nancy Stokes, a widowed schoolteacher who hires a male escort (McCormack) for a date to experience an orgasm for the first time.