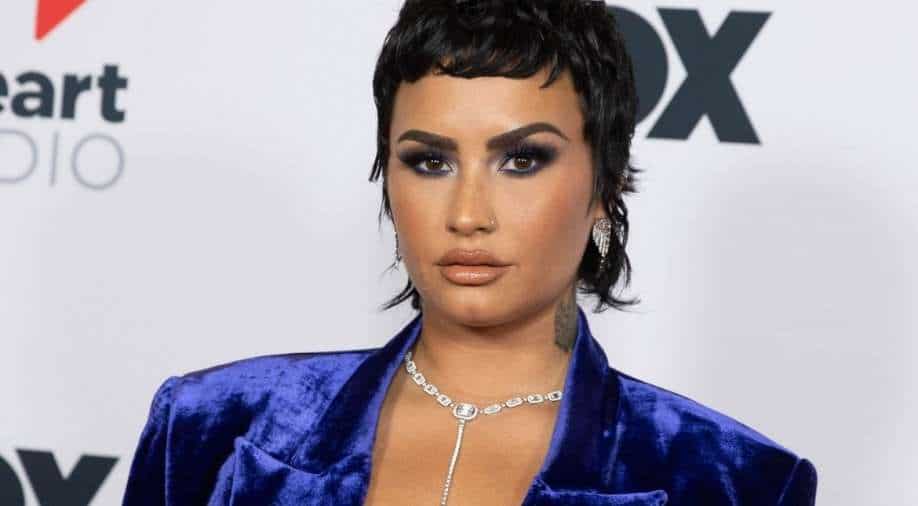 Last month, Demi Lovato come out as a non-binary, and now the singer is getting candid about their new identity.

Lovato came out during the first episode of '4D with Demi Lovato' podcast, in which, the singer revealed that they will be officially changing their pronouns to they/them. Recently, the 28-year-old singer spoke with Ryan Mitchell on Audacy and addressed her pronouns change and how their loved ones have adjusted to the change.

"My family has done an incredible job… I’ve noticed (Dallas) using them and they and it really does warm my heart up that people are trying," Lovato shared.

Adding that their friends haven't adjusted quite easily. "My friends have had a little harder time to get used to actually. Just because I think, like, your friends are the ones that you’re more likely to be like, ‘biiiii*ch.’ I’m like, ‘Look, you can still call me bi*ch.'"

Further talking, they added how they've learned much about gender identity and being non-binary in their quest to 'explore what feels right' for them.

''It feels weird to me when I get called she or her, and I understand that people might have a hard time adjusting to it because it is something new, but I want to encourage people to keep trying," they continued.

''I’m still, every day, stepping more and more into the identity that feels right to me, which is my pronouns being they/them."'

Further, the singer also added that there are certain situations sometimes when they have to figure out which pronoun to use. ''There are times where I might have to choose … I was in Texas, and I was like, ‘Does that make me a cowboy or a cowgirl?'' They added.

"I don’t want to be a cow human, so I’m just going to go with cowgirl."