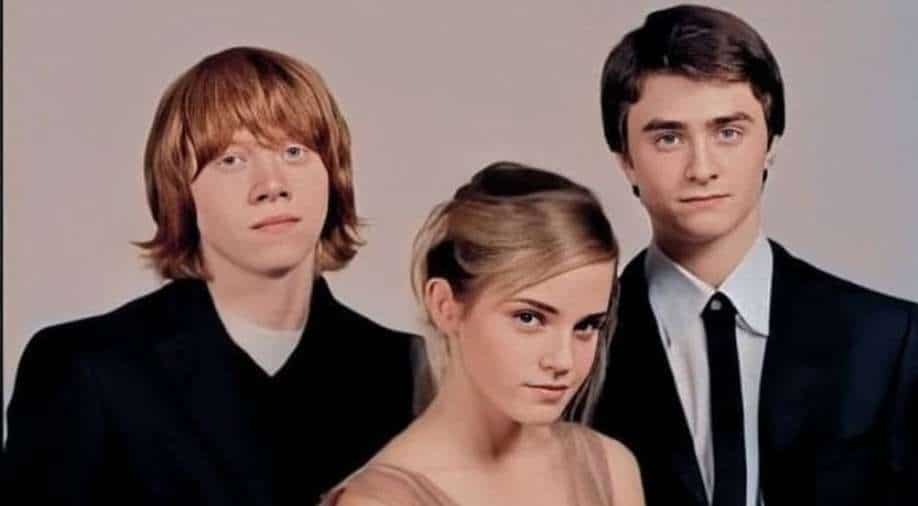 The star cast of 'Harry Potter' from their younger days Photograph:( Instagram )

The eighth and final installment from the franchise, 'Harry Potter and the Deathly Hallows – Part 2' released in 2011. All the three actors playing central characters, Daniel Radcliffe, Emma Watson and Rupert Grint, reprised their roles for the finale.

British actor Daniel Radcliffe, who rose to fame following his eight-film stint as the wizard Harry potter, says he is busy at the moment and may not be able to join his co-stars— Rupert Grint (who played Ron Weasley) and Emma Watson (who played Hermione Granger)—for the upcoming 20th anniversary of the iconic movie franchise.

The franchise, based on the eponymous novels by J. K. Rowling and distributed by Warner Bros. for the visual format, released its first installment ‘Harry Potter and the Philosopher's Stone’ in on November 4, 2001. Over the years, just like the book, the franchise has been a raging success the world over and has turned the three central characters into huge celebrities.

When asked about getting together for a reunion with his co-stars, the actor reportedly told an entertainment news website, “I'm in the Dominican Republic at the moment, filming, and then I'm going to be busy, kind of working on bits and pieces until the end of the year. So, yeah, I don't know. I'm sure there will be some sort of celebration but I don't know if we will be getting together or anything. I'm sorry if that's a bit of a disappointment to anyone.”

However, the actor still catches parts of it on TV. Commenting on watching himself as Harry Potter,m he reportedly said, “I've seen bits on TV for seconds before I go, 'Uh!' Or if it's a scene that someone else is in I'll go, 'Oh, cool'.” He also shared that he has fond memories of shooting with Gary Oldman and David Thewlis who took on the roles of Sirius Black and Professor Remus Lupin respectively.