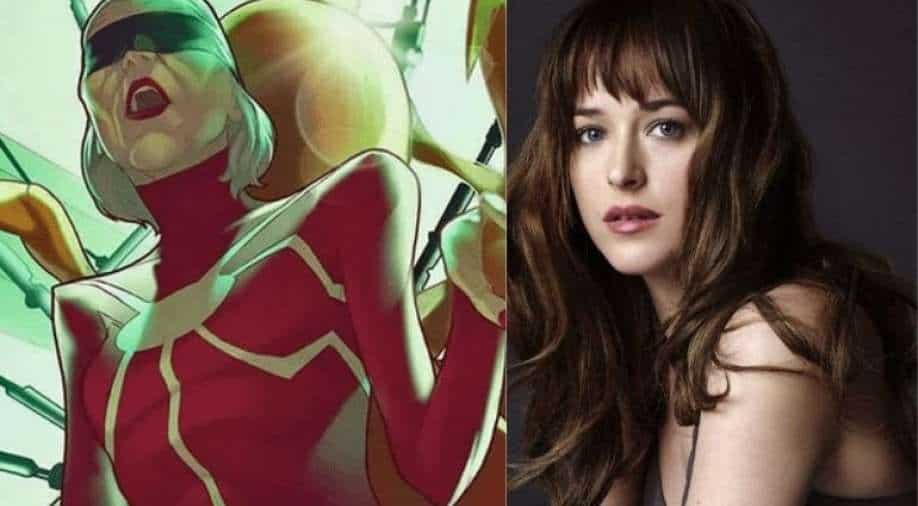 The project comes after the mega-success of 'Spider-Man: No Way Home', which has grossed $1.74 billion globally, the highest in Sony history.

The 'Fifty Shades of Grey' actor is in talks to join the Spider-Man universe. Johnson will reportedly play Madame Web in the studio’s next standalone superhero movie, which would make her the first woman superhero to appear in Sony's Marvel universe.

S.J. Clarkson is set to direct the feature. Matt Sazama and Burk Sharpless, the duo behind Jared Leto’s upcoming vampire chiller 'Morbius,' will write the screenplay.

Insiders close to the project revealed that Johnson’s deal is not closed but confirm she is in talks to secure the role, Variety reports.

In the comic books, Web is a blind, paralyzed elderly woman who has myasthenia gravis, a chronic autoimmune disorder requiring her to connect to a life support system resembling a spiderweb. Due to her age and medical condition, Madame Web never actively fought any villains. The character first appeared in 'The Amazing Spider-Man', which was published in November 1980.

As per THR, Web is a clairvoyant mutant who specializes in predicting the future of Spider-themed superheroes, having mentored not only Peter Parker’s alter ego, but also multiple generations of heroes calling themselves Spider-Woman.

The project comes after the mega-success of 'Spider-Man: No Way Home', which has grossed $1.74 billion globally, the highest in Sony history.