Cans, can or kan? Emily in Paris S2 teaches us the right way to pronounce 'Cannes' 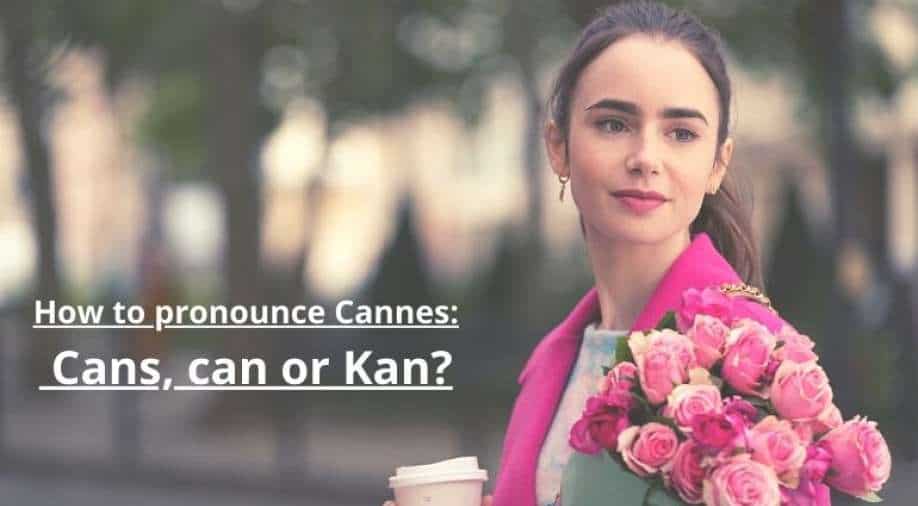 How to pronounce Cannes: Cans, can or con? Emily in Paris S2 teaches us Photograph:( Twitter )

Do you know many of us were pronouncing Cannes wrong all over the years? Yes!

After creating much hype with season 1 in 2020, Netflix's most loved show of the pandemic year, Emily in Paris is back with 'Season 2' with Lily Collins again playing the American chic Emily Cooper once again. In the second part, she's again on a roll and is trying to focus on her life in France capital.

The show is based in Paris and shows us a deeper look at France people - like their love for champagne, and how they hate working at weekends, although it's also illegal to work at weekends in the country.

The second season also gave us a small French class on the most popular Festival de Cannes and how we were pronouncing one of the most prestigious film festival's names wrong this whole time.

In the sequence of the show, the character Luc played by Bruno Gouery, who is one of the leading figures of the marketing firm and Emily's good friend and other characters of the show are in a meeting room. When, American head boss Kate Walsh talks about the films festival and like we all, pronounces Cannes phonetically. Responding to her genuine mistake, Luc tells us the correct way to pronounce the word and that is 'KAN'.

Yes, 'es' is silent and secondly, instead of the 'C,' pronounce 'Cannes' with the 'K' in front. Got it? From the next time do it like the French people.

This is not the first time when the show is correcting our pronunciation. Earlier, makers revealed that how we had been pronouncing the title of 'Emily In Paris' wrong this whole time.

During an appearance on The Tonight Show Starring Jimmy Fallon, Lily revealed the title is supposed said using the French accent, and in their way, the word 'Emily' actually rhymes with the word 'Paris,' so it will be said Emily à Paris, as per the netizens.