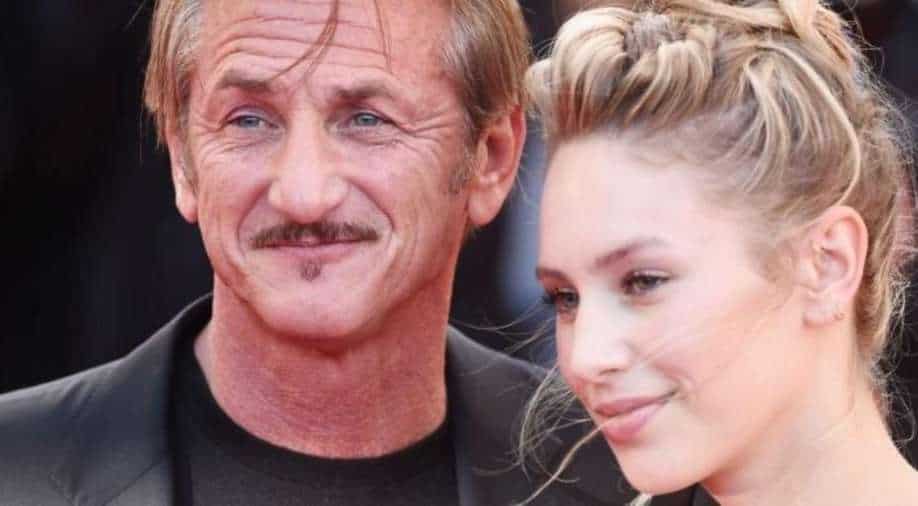 'Flag day' seemed to have fared better than Sean Penn's last outing at Cannes for the drama 'The Last Face' back in 2016. Both the movie and Penn were booed by critics.

Hollywood royalty Sean Penn was seen being emotional during the Saturday night premiere of his movie ‘Flag Day’ where he was accompanied by his daughter Dylan Frances Penn. For this movie, Penn has taken on the role of both the director and actor.

As per various reports, Penn received a four-minute long standing ovation that was then broken up him where he praised his daughter for her debut lead role in the film.

Pen plays the role of John Vogel, a real-life bank robber and con artist. The real Vogel’s birthday falls on June 14, hence the title. His daughter plays Jennifer, Vogel’s daughter, in the movie where she can be seen essaying the role of an aspiring journalist grappling under her fractured relationship with the rest of her family.

‘Flag Day’ is based on Jennifer Vogel's 2004 memoir ‘Flim-Flam Man: The True Story of My Father's Counterfeit Life’. It is not just Dylan who has played a crucial role in the film, Dylan’s brother Hopper also plays her adrift sibling in the movie.

Ironically, other movies at the 74th cannes Film Festival have received better responses from the audience than ‘Flag day’. Many attendees were seen dozing off while left the screening midway. “This was a terrible movie,” a member of the audience was quoted as saying.
Penn had revealed in various interviews that the script of the film was developed keeping his daughter in mind. While Julia Roberts’ husband Danny Moder took on the DOP role, Jez Butterworth adapted the script of the film.