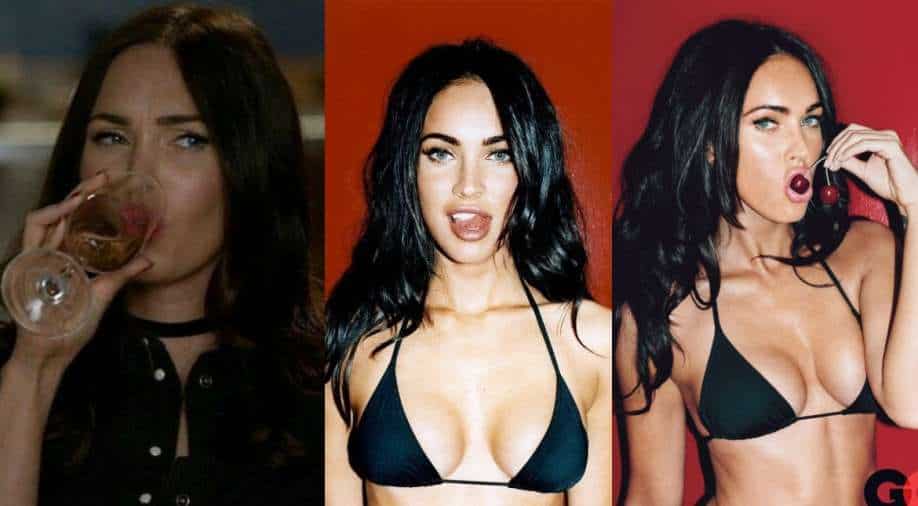 Megan Fox quit drinking because of what had happened at Golden Globes 2009 Photograph:( Instagram )

Megan Fox recently made news for pulling out of the film premiere of her upcoming crime-thriller 'Midnight in the Switchgrass' owing to a surge in Covid cases in Los Angeles.

Hollywood actor Megan Fox, considered one of the sexiest celebrities of all time, revealed in a recent interview that her controversial appearance (mostly the comments) at Golden Globes 2009 made her quit drinking.

"I was sat at a table with Blake Lively and all three Jonas Brothers… At the Golden Globes they always put those giant bottles of Moët champagne on the table — I went through multiple glasses of that. Now I don't drink and this is why, I was belligerent and said a bunch of s--- I shouldn't have said on the red carpet after that. I think I got in a lot of trouble for whatever I said on the red carpet at this event. I don't remember why, but I know I did. You can look that up,” Megan Fox was quoted as saying by an entertainment website of repute.

For the uninitiated, at the red car carpet event of Golden Globes 2009, a reporter called her ‘beautiful’, to which Fox replied saying, “I'm pretty sure I'm a doppelganger for Alan Alda. I'm a tranny. I'm a man. No, I'm so painfully insecure I'm on the verge of vomiting right now. I'm so horrified that I'm here and embarrassed and scared.”

Recently, Los Angeles saw a physical film premiere after long as a special screening for Lionsgate’s crime-thriller ‘Midnight in the Switchgrass’ took place.

Megan Fox, however, who’s the lead actress, pulled out of the premiere at the last minute due to rising COVID cases. While a lot of things are opening up, Megan’s rep said, “Due to the recent California mask mandate and rise of Covid cases, Megan Fox will no longer be attending the premiere tonight. We appreciate your understanding.”