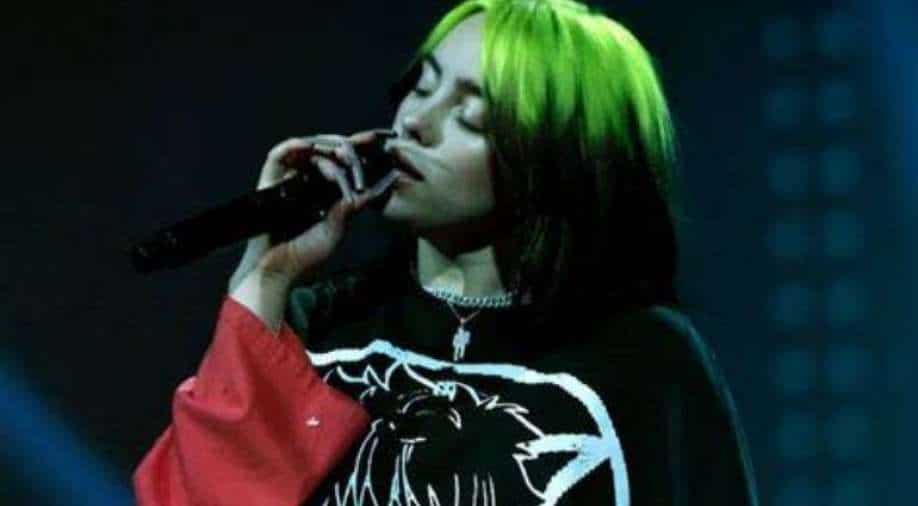 The singer has previously cancelled her 'When We All Fall Asleep, Where Do We Go' world tour, in December 2020 explaining that no alternative solutions were available due to the coronavirus pandemic.

Grammy-winning singer Billie Eilish has announced the dates for her upcoming world tour in support of her forthcoming album 'Happier Than Ever'. As per Variety, the singer announced on Friday that her long-delayed arena tour will kick off on February 3.

Her 32-date outing in the United States will run just over two months, into the first half of April. From there, Eilish takes about a two-month break before doing 18 shows in Europe, covering a period of approximately a month, from the beginning of June into the first days of July 2022.

The pop star will hit the road in 2022 with dates lined up in the UK and Ireland in the cities of London, Manchester, Birmingham, Glasgow, Belfast and Dublin in June. The dates will take in four shows at London`s O2 Arena. The global tour will kick off in New Orleans on February 3 and includes two nights at NYC`s Madison Square Garden on February 18-19, as well as a show at Newark`s Prudential Center on February 22. It will wrap up with three nights at LA`s Forum on April 6, 8 and 9 before heading to the UK and Europe.

The singer has previously cancelled her `When We All Fall Asleep, Where Do We Go` world tour, in December 2020 explaining that no alternative solutions were available due to the coronavirus pandemic.

Meanwhile, Eilish`s forthcoming album is due for a July 30 release. "MY NEW ALBUM `Happier Than Ever` OUT JULY 30TH! this is my favorite thing i`ve ever created and i am so excited and nervous and EAGER for you to hear it," Eilish wrote last month.

'Happier Than Ever' will contain nearly 16 tracks, including the previously-released singles `Therefore I Am` and `My Future` along with the new single `Your Power`. Song titles such as `Everybody Dies`, `I Didn`t Change My Number`, `Lost Cause` and `NDA` also appear on the tracklisting.