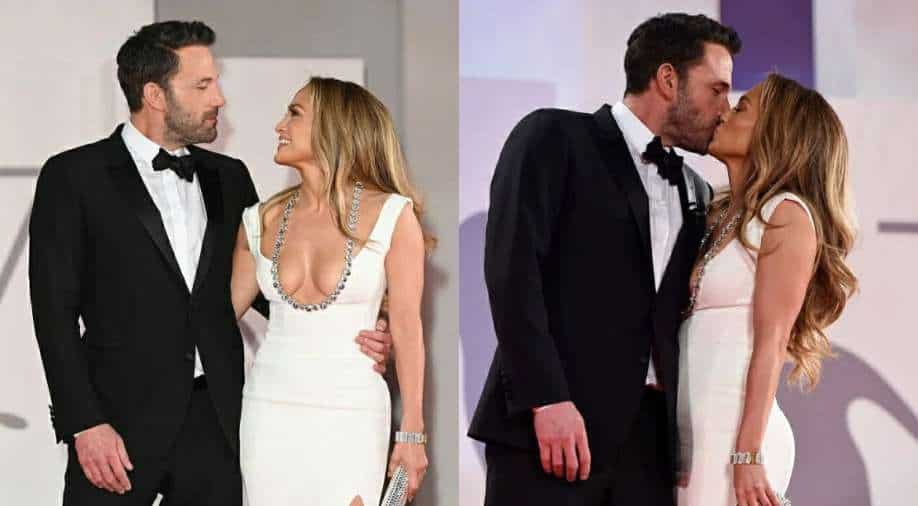 Ben Affleck stepped up to block an unmasked man who was trying to take selfies with Jennifer Lopez at Marco Polo International Airport in Venice, Italy.

Ben Affleck is a protective boyfriend. The actor-filmmaker recently pushed an aggressive fan away who got too close to his girlfriend, singer-actress Jennifer Lopez while trying to take a selfie.

The 49-year-old actor stepped up to block an unmasked man who was trying to take selfies with the `Hustlers` star at Marco Polo International Airport in Venice, Italy, states media reports.

Lopez was seen in photographs stepping back amid the chaos while Affleck moved him out of their path before their bodyguard approached closer.

The security guard grabbed the fan`s wrists and pushed him further away from the couple before the pair held hands and continued to make their way through the airport, avoiding eye contact with other onlookers.

A day earlier, the actors made their red carpet debut as a couple at Venice Film Festival.

Reports claimed that they were planning to move to Texas together as Affleck is due to film his new thriller `Hypnotic` in Austin and they didn`t want to be apart for too long.

Turns out, Lopez won`t be in Texas for the full duration of Affleck`s filming as she has her own work commitments that require her to be in Los Angeles, California.

The couple were first dating in 2002 and got engaged in November of that year, but they split in 2004. They moved on with different individuals but after several failed relationships, they rekindled their romance in April.