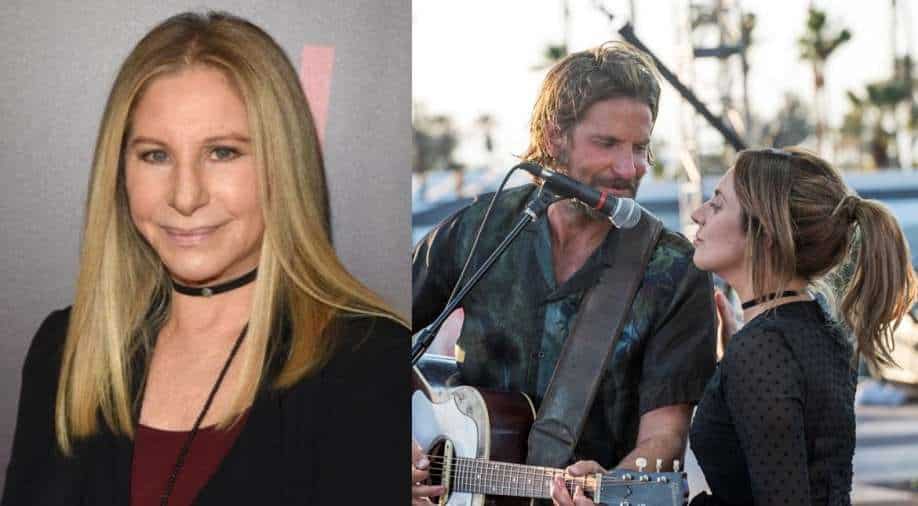 Barbra Streisand on A Star Is Born remake Photograph:( Twitter )

'A Star Is Born' has been remade several times, each time with a different cast. Barbra Streisand who starred in the film in 1976 did not like the fact that Lady Gaga and Bradley Cooper's film was same as her film with no newness.

Did you happen to enjoy Bradley Cooper’s directorial ‘A Star is Born’ that starred him along with singer Lady Gaga? Well, Barbra Streisand is not convinced one bit.

Appearing on a talk show recently, Barbra said, “I thought it was the wrong idea. Look, it was a big success. I can’t argue with success. But I don’t care so much about success as I do originality.”

Barbra Streisand starred in the previous version of the film alongside Kris Kristofferson. The film has been adapted and remade several times, originally being in 1937. It was by David O. Selznick, starring Janet Gaynor and ‎Fredric March. Moss Hart adapted it in 1954, with Judy Garland and James Mason starring, with a third version, directed by Frank Pierson, released in 1976. Barbra was a part of the 1976 film.

Barbra also said that when she was told that A Star Is Born is getting another remake, she thought it was going to be “Will Smith and Beyoncé” who would star. Interestingly, Beyoncé was attached around 2011, when Clint Eastwood was looking to direct. She said, “I thought…that’s interesting. You know, really make it different again—a different kind of music, integrated actors. I thought that was a great idea. So, I was surprised when I saw how alike it was to the version that I did in 1976.”

To be honest, Warner Bros.’ 2018 ‘A Star Is Born’ pic is similar, in terms of plot, to every version of the film made to date, following a hard-drinking musician (Cooper) who discovers and falls in love with a young singer (Lady Gaga). Cooper also produced and directed the film, in his feature debut. Don McLean gets Hollywood star as 'American Pie' hits 50

Lizzo breaks down in tears over racism and body-shaming comments

Eminem's daughter calls out rapper for keeping their adoption a secret