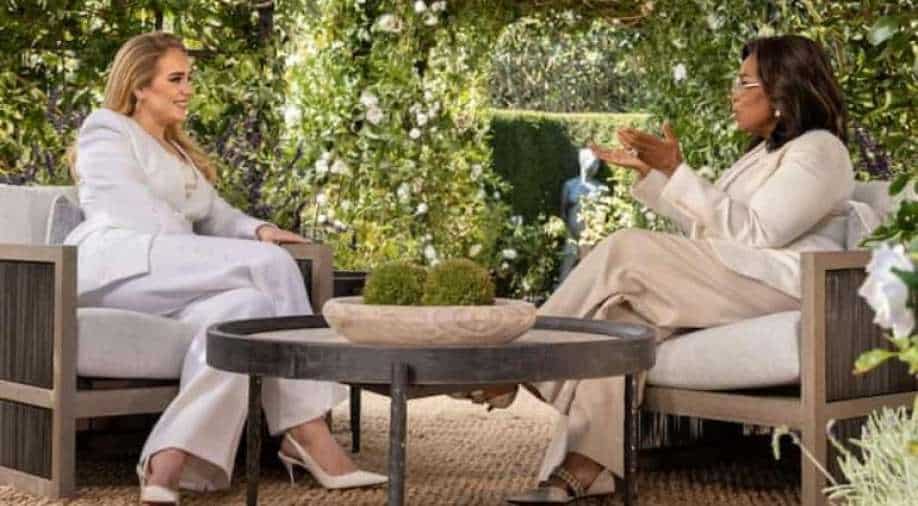 During an interview with Oprah as part of the two-hour CBS special 'One Night Only', Adele shared the struggles of divorce, becoming a “single parent” and teared up when she talked about her relationship with her father, shortly before his death in May.

Adele, who is all set to release her new album '30' recently opened up about her personal life troubles over the past six years.

During an interview with Oprah as part of the two-hour CBS special 'One Night Only', Adele shared the struggles of divorce, becoming a “single parent” and teared up when she talked about her relationship with her father, shortly before his death in May.

Speaking about her divorce, the Grammy winner confessed her feelings about her divorce from entrepreneur Simon Konecki. "From a very young age I promised myself that when I had kids that we will stay together, we would be that united family.''

Opening up about her divorce, Adele said: "It's lonely, I spent a lot of time on my own, really sitting in my feelings and not keeping myself busy."

Adele later detailed the exact moment she knew that she had to split from her husband., the singer recalled, "With my journey... I do remember one of my friends, we were all answering these questions in this magazine and it was something like, what's something that no-one will ever know about you.''

"And I said it in front of three of my friends, 'I am really not happy, I'm not living, I'm just plodding along and there was a lyric I put on 25 which was 'I want to live, not survive' and I definitely feel like that.''

"It was first time I had admitted to my own friends who thought I was really happy but I was unhappy and they all gasped. It was from there, I thought what am I doing and who am I doing it for?"

When Oprah asked about Adele's interesting relationship with Alcohol, the singer responded by saying how her father's death had made an impact on her lifestyle.

"Yeah, very much as it took my dad from me." Adele said. ''Once I realized I had to do a lot to work on myself, I stopped drinking and started working out a lot.'' Adding more, she told, ''My dad's absolute lack of presence and effort. But I finally understood that it was the alcohol,''.

Adele's estranged father, Mark Evans, died in May at the age of 57 after a long battle with cancer.