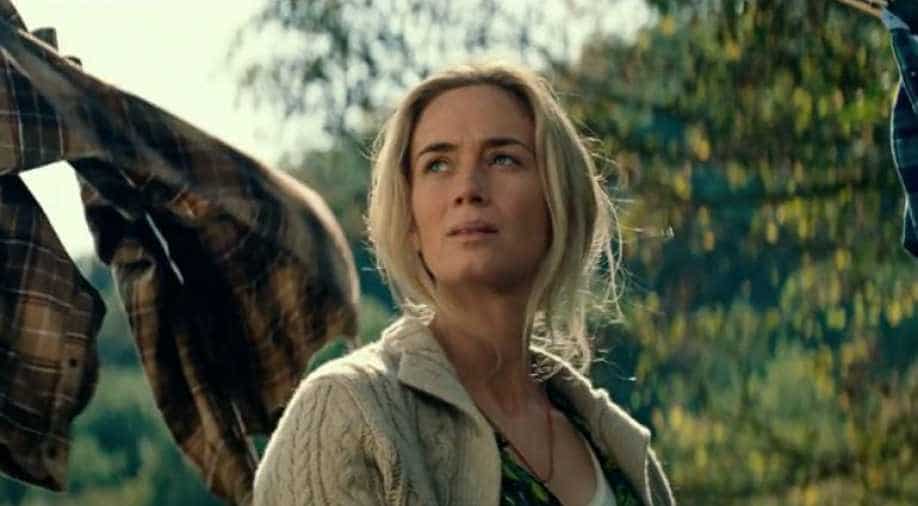 The first instalment of 'A Quiet Place' was a major hit for Paramount in 2018, earning $188 million in the US and more than $340 million worldwide.

Emily Blunt most awaited movie 'A Quiet Place part 2' will now be releasing in theatres earlier than expected. Paramount Pictures has pushed up the release date by several months, moving the film from September. 17 ahead to May 28 on Memorial Day weekend.

Watch these films/shows before they leave Netflix this month: 'Sex and the City' to 'Inception'

Emily Blunt's husband and the movie director John Krasinski made the announcement on Twitter on Thursday. “They always say good things come to those who wait.  Well… I think we’ve waited long enough. ‘A QUIET PLACE PART II’. MEMORIAL DAY,” he tweeted.

The new date is the fifth change to the film’s opening. The thriller was originally scheduled to open in the US on March 20 last year but the release was kept on shifting by the coronavirus pandemic.

Apart from directing, Krasinski has also written ‘A Quiet Place II’. The movie stars Blunt, Millicent Simmonds and Noah Jupe. As an add on series newcomers include Cillian Murphy and Djimon Hounsou.

The first instalment of 'A Quiet Place' was a major hit for Paramount in 2018, scoring $188 million in the US and more than $340 million worldwide. Apart from numbers, The movie was well praised by critics and went on to earn an Academy Award nomination for best sound editing, along with several Critics' Choice nominations.