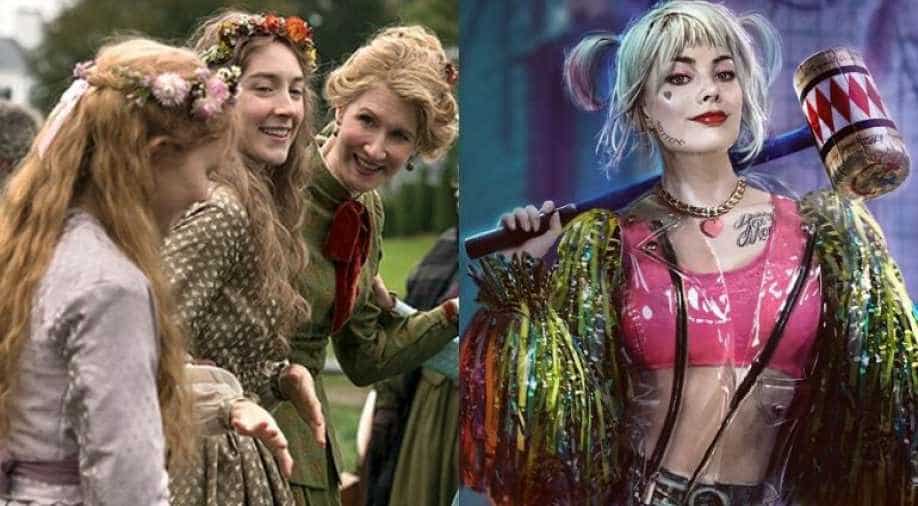 Stills from 'Little Women' and 'Birds Of Prey' Photograph:( Twitter )

This Friday, 'Little Women' releases in India along with two other Hollywood films. Here, take a look.

February is Oscar month. With just a few days left for Hollywood's biggest nights, fans across the world are catching up on all the films that have found a mention in extensive nomination list earlier in January.

Last Friday, Indian fans got to watch two of the Oscar-nominated film - 'Parasite' and 'Jojo Rabbit' in theatres.

This Friday, 'Little Women' releases in India along with two other Hollywood films. Here, take a look.

Greta Gerwig may not have earned a spot in the Best Director category of Oscars 2020 but her film based on author  Louisa May Alcott's classic novel by the same name has earnbed rave reveiwes in America last year when it commercial released there. Featuring an eclectic cast comprising of actresses like Saoirse Ronan, Emma Watson, Timothée Chalamet, Tracy Letts, Bob Odenkirk, James Norton and Meryl Streep- the story is based on the lives of four sisters growing up during the Americal Civil War. The girls face hardships. poverty and social expectations while their father is off fighting the war.

Margot Robbie had made heads turn with her cat as Harley Quinn in the otherwise forgettable 'Suicide Squad'. So it seemed only fair to have a stand-alone film exploring Quin's life and how she became the way she is.

In 'Birds Of Prey (And The Fantabulous Emancipation of One Harley Quinn), Robbie plays Harley Quin once again, but this time she has the company of Huntress, Black Canary and Renee Montoya who together fight Gotham City's biggest villain Roman Sionis. The film has been directed by Cathy Yan.

27-year old Los Angeles photographer Mara Hickey is sure that she is not the one who would ever settle down even though her relationship with new boyfriend is going great and he is okay about settling down. Their relationship is put to test when the couple are invited to 15 weddings in the same year. Would Mara succumb to pressure and get married too? The film stars 'Full House' actress  Sarah Hyland and Tyler James Williams in the lead.