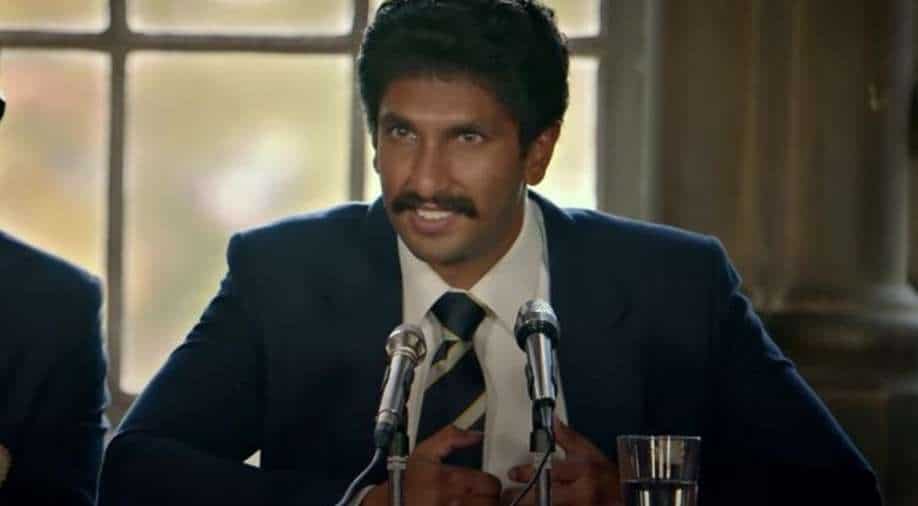 Ranveer Singh's Kapil Dev is captaining the film titled '83' based on India’s historic victory at the 1983 Cricket World Cup.

By now the whole world knows that Ranveer Singh plays the legendary Kapil Dev in  Kabir Khan’s '83'. What is not known to the world as yet is that the original Kapil Dev has a cameo in the film.

Speaking of the surprise appearance during a match recreating the World Cup tournament director Kabir  Khan said, “It was  a very spontaneous  decision to have Kapil Dev on the screen for a shot. We  didn’t want  it to appear gimmicky, and  it isn’t.”

One reason why the real Kapil Dev agreed to be part of a scene showing his fictional counterpart Ranveer Singh on screen was his daughter.

“Kapil Paaji’s daughter Amiya  was my assistant in 83 and anything we wanted done from him, we  just had to communicate it through her. He couldn’t say no to Amiya for anything,” reveals  Kabir.