Harry Styles addresses questions about his sexuality, explains his audacious sense of fashion 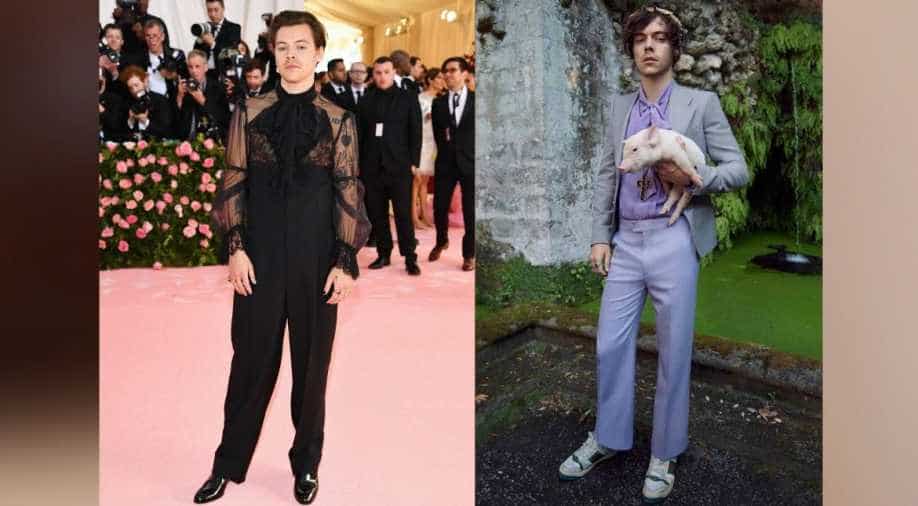 English singer and songwriter Harry Styles is used to being asked personal questions. The singer candidly addressed the questions on his sexuality in a recent interview.

During an interview with the news agency, Styles explained his audacious fashion when he donned a lace blouse and a pearl earring at the 2019 Met Gala, reported a news agency.

He said, "What women wear. What men wear. For me, it's not a question of that. If I see a nice shirt and get told, 'But it's for ladies. I think: 'Okaaaay? It doesn't make me want to wear it less though, I think the moment you feel more comfortable with yourself, it all becomes a lot easier".

Styles explained that he uses fashion as a form of expression, something that has taught him about self-acceptance. The singer clarified that he's not adding little hints or sending any subliminal messages about his sexuality either, as he said, "Am I sprinkling in nuggets of sexual ambiguity to try and be more interesting? No," he shared.

He added, "And more than that, I dunno, I think sexuality's something that's fun. Honestly? I can't say I've given it any more thought than that."The former one direction member was also aware that he can share and reveal as much as he wants to. And he is also aware that being asked these questions comes with the territory.

The 'Only Angel' singer confessed the same when he said, "What I would say, about the whole being asked about my sexuality thing this is a job where you might get asked.
And to complain about it, to say you hate it, and still do the job, that's just silly. You respect that someone's gonna ask. And you hope that they respect they might not get an answer."