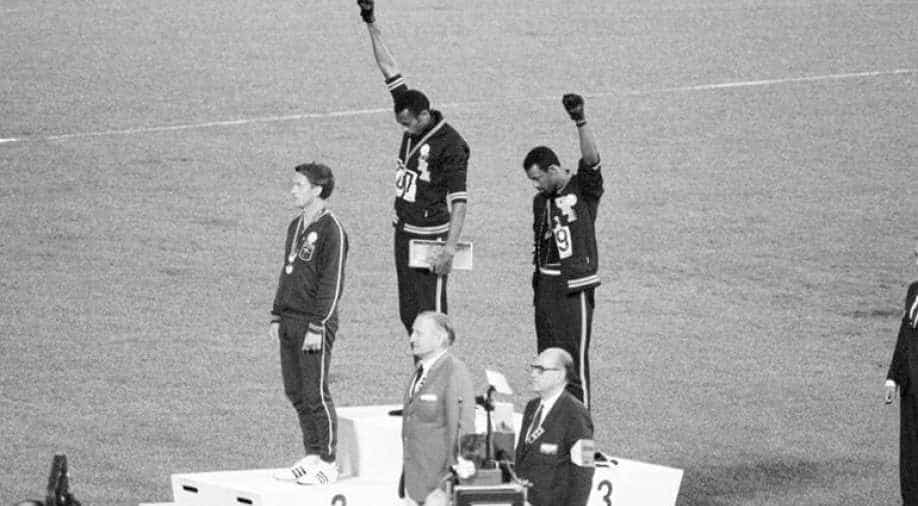 'With Drawn Arms' will also be awarded the festival's Film of Conflict & Resolution Award, given to a title that deals with issues and societal effects of war and violence.

According to a news agency, the film, directed by Glenn Kaino and Afshin, follows the legacy of Smith's fist-raising gesture during the 1968 Olympic games after he won the gold medal in the 200-meter race.The film features interviews with soccer gold medalist Megan Rapinoe, the late U.S. Representative John Lewis, and actor Jesse Williams, who executive produces along with musician John Legend.

'With Drawn Arms' will also be awarded the festival`s Film of Conflict & Resolution Award, given to a title that deals with issues and societal effects of war and violence.

The 28th edition of the festival, which will take place virtually and at drive-ins, will also feature the world premiere of Rick Korn's. 'Harry Chapin: When in Doubt, Do Something', which will screen in the Views From Long Island section; and Florian Zeller's 'The Father', starring Anthony Hopkins and Olivia Colman in a story of a father and daughter`s relationship in the face of the father's failing memory.

As per Variety, Edson Oda`s science-fiction drama 'Nine Days', starring Winston Duke and Zazie Beetz, is also on the schedule.

The science-fiction drama premiered at the Sundance Film Festival, where Sony Classics acquired distribution. Elizabeth Lo's documentary 'Stray', shot from the point of view of three stray dogs wandering the streets of Istanbul, which will screen in the Compassion, Justice and Animal Rights Section.

Artistic Director David Nugent said, "In the face of these unprecedented times, we are thrilled to continue to present unique and fascinating films for our audiences--from thrilling narratives like 'The Father' and `Nine Days` to powerful documentaries like `Stray` and `Harry Chapin: When in Doubt, Do Something.`

We are particularly proud to be opening this year's 28th edition with a film that explores a seminal moment from the civil rights movement that continues to resonate with today's climate of conflict and change in 'With Drawn Arms.'"