Halloween 2021: The Weeknd looks unrecognizable as Don Vito Corleone from 'The Godfather' 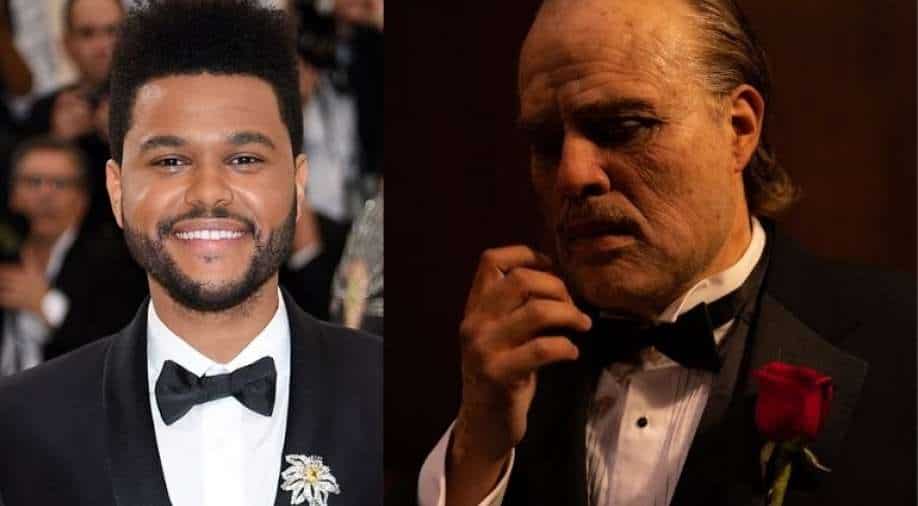 Last year, the Weeknd transformed himself into Eddie Murphy‘s The Nutty Professor character.

The Weeknd is this you?

The Toronto based singer shocked everyone with his new transformation and we can surely call it one of the best looks of this years Halloween.

For the spooky night, 'A Lonely Night' singer absolutely nailed the iconic character's getup as Don Vito Corleone and he was totally unrecognisable.

Chrissy Teigen to Kourtney Kardashian: The best celebrity Halloween costumes of 2021 so far

The character was originally played by Marlon Brando in the 1972 movie.

Taking to his social media, the singer shared a few photos of his new look. In the photos, the singer is wearing a black suit and clicked them in some iconic poses of Brando from the award-winning film.

the don is coming… pic.twitter.com/l9Zj9EZ85T

Look likes, he is making sure to ace his Halloween fashion game every year. Last year, he attended Kendall Jenner‘s Halloween birthday party and transformed himself into Eddie Murphy‘s The Nutty Professor character.