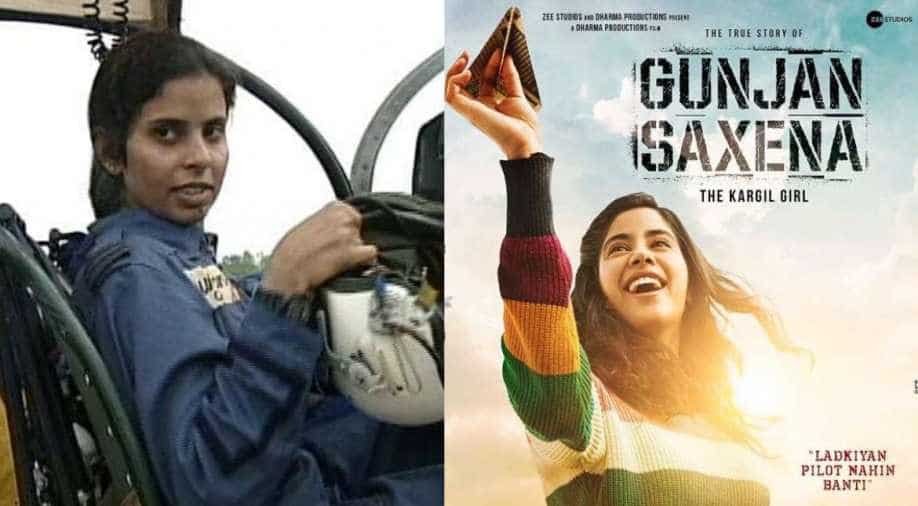 According to the Centre, the film which is streaming on Netflix, depicts the IAF in poor light and dents its image as it shows that the force is gender biased, which is not correct.

Former Flight Lieutenant Gunjan Saxena  on Thursday submitted an affidavit to the Delhi High Court stating that she had noty faced any discrimination on the basis of her gender in the Indian Air Force (IAF) and called it a progressive institution.

She maintained that IAF gave her an opportunity to serve the nation, including in the Kargil War and she will forever remain grateful for the opportunities given to her by the force.

Saxena made the submissions in her affidavit in a suit filed by the Centre seeking a decree of permanent injunction against the Netflix, Dharma Productions and others from broadcasting or releasing in theatres or any other digital platform the film 'Gunjan Saxena - The Kargil Girl', without grant of no-objection certificate (NOC) from it.

According to the Centre, the film which was streaming on Netflix, depicts the IAF in poor light and dents its image as it shows that the force is gender biased, which is not correct.

The court, however, refused to pass any interim order over the plea filed by the Central government and said that those who wanted to watch the movie, might already have seen it on the OTT platform.

"Who will go and watch the film in theatres during the Covid-19 pandemic and the ones who wanted to, have already seen it on OTT platform," the judge said.

Saxena, in her affidavit filed before Justice Rajiv Shakdher, clarified that the movie is not a documentary but is only inspired by her life and it is clear from the two disclaimers placed at the beginning of the film which gives a message to motivate young women to join IAF.

The retired officer said she has utmost respect for IAF and cannot comment on the Centre of the force's perception about the movie in question as everybody's perception is different.

The high court had earlier issued notices and sought response of Dharma Productions Private Limited, which produced the film, along with Zee Entertainment, director of the movie Sharan Sharma, Netflix Entertainment Services India LLP, M/s Netflix and Gunjan Saxena on the Centre's suit to remove the movie from all OTT platforms.

The film 'Gunjan Saxena: The Kargil Girl' had Janhvi Kapoor playing the lead role with Pankaj Tripathi playing her army officer father. The film showed how Gunjan rose up the ranks despite facing gender discrimination at her initial days at IAF.