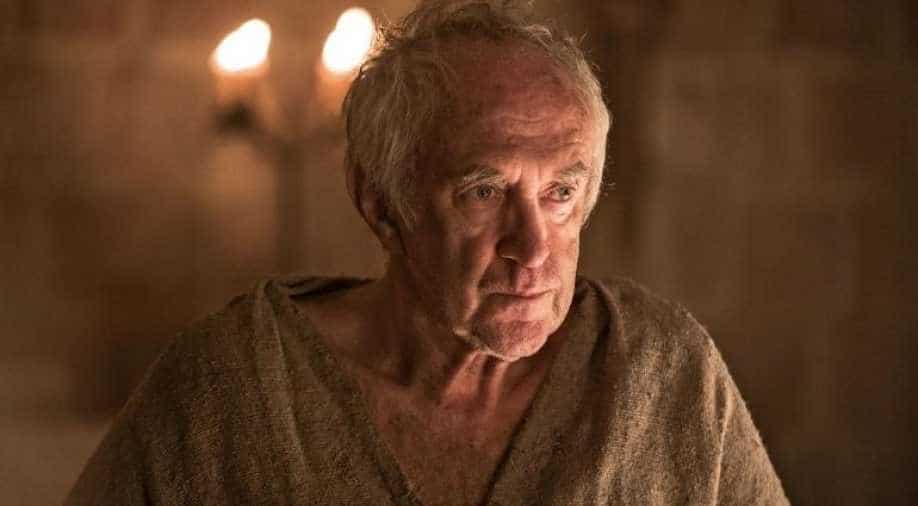 Jonathan Pryce in a still from 'Game Of Thrones' Photograph:( Twitter )

Netflix series would be coming back for a sixth and final season, after originally saying the plan was to end after season 5.

Oscar-nominated actor Jonathan Pryce has been roped in to play the Queen's husband in the coming fifth and sixth seasons of the Netflix historical show 'The Crown'. According to the news agency, Pryce will be taking the role from his `Game of Thrones` co-actor Tobias Menzies, who essayed the often-controversial figure in the third part, and also in the upcoming fourth season.

The news of casting Pryce comes just over a month after the series showrunner Peter Morgan confirmed that the massive Netflix series would be coming back for a sixth and final season, after originally saying the plan was to end after season 5.

"As we started to discuss the storylines for Series 5, it soon became clear that in order to do justice to the richness and complexity of the story we should go back to the original plan and do six seasons. To be clear, Series 6 will not bring us any closer to present-day -- it will simply enable us to cover the same period in greater detail," news agency quoted Morgan as saying while announcing the decision to extend to a sixth season.The legendary British actor will be joining Imelda Staunton, who is tapped in to play Queen Elizabeth II (taking over from Olivia Colman) and Lesley Manville as Princess Margaret (taking over from Helena Bonham Carter).

Pryce is best known for his roles in classic features like 'Brazil','Glengarry Glen Ross', and more recently for his turn as the High Sparrow in HBO's 'Game of Thrones'. He was also nominated for an Oscar, earlier this year, for his role in the Netflix film 'The Two Popes', in which he starred opposite Anthony Hopkins.Meanwhile, in the fourth part of 'The Crown' which is set for a launch later this year, will have actor Olivia Colman as Queen Elizabeth and Gillian Anderson as Margaret Thatcher.

Seasons five and six, which will take the story into the 2000s, will see the royal baton passed to Imelda Staunton, with Lesley Manville set to play Princess Margaret.Bankrolled by Left Bank Pictures and Sony Pictures Television for the online streaming platform Netflix, the historical drama `The Crown` revolves around the reign of Queen Elizabeth ll