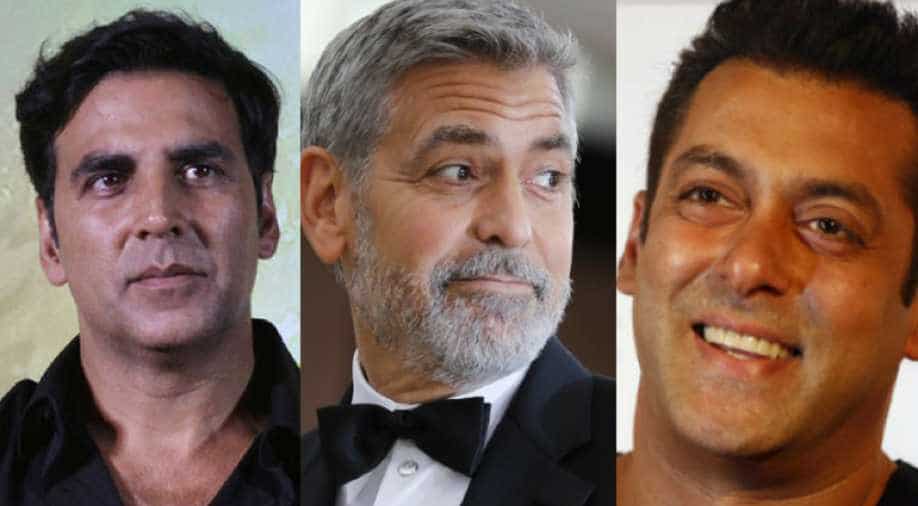 Days after Forbes magazine named Scarlett Johansson as the highest paid actress in the world, it has now come up with its highest paid actor in the world 2018 list. George Clooney, with an estimated earning of  $239 million between June 2017-June 2018 has clinched the top spot in this year's list.

Interestingly, Clooney hasn't starred in a Hollywood movie since 2016 crime thriller 'Money Monster,' yet featured as the highest earning star on the list as he sold the Casamigos tequila company he co-founded to British spirits company Diageo in June 2017.

Dwayne 'The Rock' Johnson came in at No.2 with an estimated $124 million thanks to 'Jumanji: Welcome to the Jungle' and other projects.

Robert Downey Jr came in third with a net earning of $81 million.

On a related note, Akshay and Salman also made it to Forbes` list of top 100 highest-paid entertainers 2018 list, which was announced last month. While Akshay was ranked 76th on the list, the `Bharat` star secured the 82nd spot.