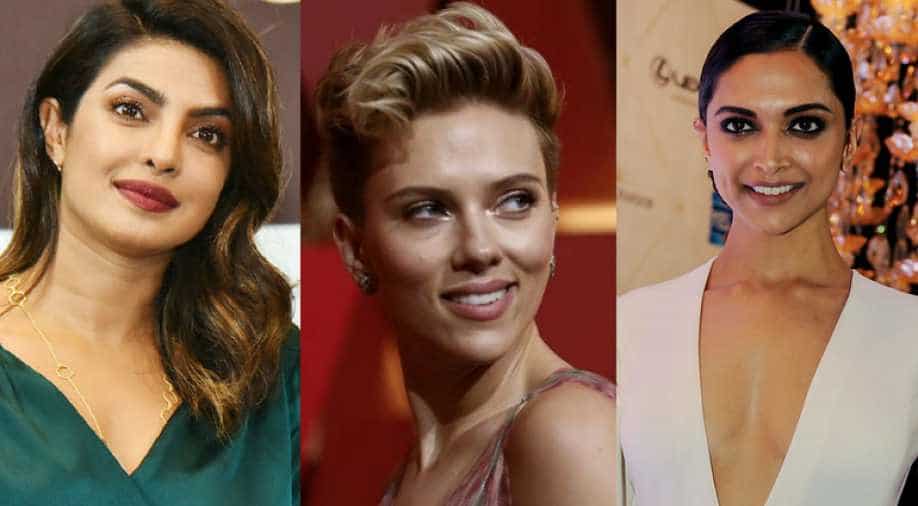 Forbes magazine has named Scarlett Johansson as the highest paid actress in the world. Johansson tops the magazine's annual list of Highest Paid Actresses, with a net earning of USD 40.5 million. The earnings was accounted from &nbspJune 1, 2017, to June 1, 2018, quadrupling her income from the previous year.

She played Black Widow in this year's hit Marvel movie "Avengers: Infinity War" and will return to the role in the 2019 installment from Walt Disney Co's Marvel Studios.

Johansson beat out Angelina Jolie, who ranked second with USD 28 million thanks mainly to her upfront pay for 'Maleficent 2'. &nbspJennifer Aniston came in third with USD 19.5 million earning.

Interestingly, Priyanka Chopra and Deepika Padukone, who featured in the list in previous years, did not feature in the top 10 list this year. Chopra &nbspwas among the highest paid TV actors in 2017, with her $10 million earnings equal to this year’s number 10, Gal Gadot. Deepika Padukone who ranked in number 6 last year on the list also fell off the list.

Jennifer Lawrence &nbspwas fourth on the list this year with continued earnings from her role in the "X-Men" series and an endorsement contract with fashion brand Christian Dior. Her USD 18 million income was USD 6 million less than the prior year.

Reese Witherspoon, 42, is at number five with USD 16.5 million.&nbspThe rest of the top 10 were Mila Kunis, Cate Blanchett, Melissa McCarthy and Gal Gadot.

The combined earnings of the top 10 women this year is USD 186 million.

Last year's highest-paid actress, Emma Stone, was not part of the top 10.