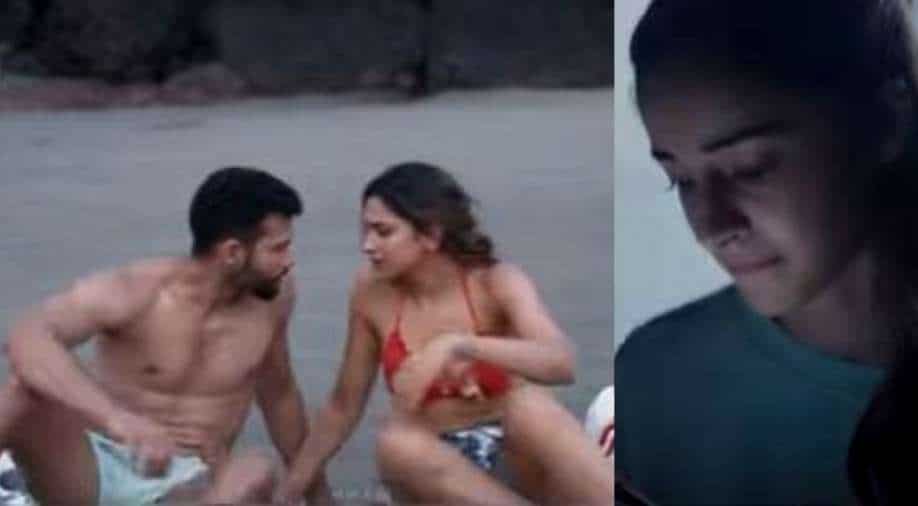 It's finally out! Shakun Batra's new film 'Gehraiyaan' was announced back in 2020 but owing to the pandemic, the film got delayed. Now, two years on, the film's trailer was unveiled on Thursday. The film features Deepika Padukone, Siddhant Chaturvedi, Ananya Panday and Dhairya Karwa in the lead.

The first teaser of the film was shared in December 2021 and had created quite a buzz. The trailer completely lives up to the hype. The film features two couples and their complex relationships.

Deepika plays Alisha Khanna, an ambitious woman who now finds herself at a crossroads in life. Her six-year-long relationship with her partner(Dhairya Karwa) has grown monotonous, her career seems to be hitting a lot of roadblocks and just when she had begun to accept this reality as unchangeable, her life is usurped by the arrival of her cousin, Tia(Ananya Panday) and her fiancé, Zain(Siddhant Chaturvedi), with whom she bonds over a troubled past and a common wish to break from its confines. The story charts the journey of Alisha and Zain, as they confront the ghost of their past on the path they take to avoid it.

The film also features Naseeruddin Shah and Rajat Kapur in pivotal roles and has been produced by Karan Johar's Dharma Productions.

Speaking about the film, Deepika Padukone said, “Alisha, my character in 'Gehraiyaan' is extremely close to my heart and certainly one of the most challenging characters I have portrayed on screen. I am grateful to have had the opportunity to play a role that was fun and challenging at the same time. Each of the characters’ struggles and arcs are real, raw and relatable. Our endeavour is to take viewers on a journey they will relate to. When it comes to dealing with relationships and human emotion, Shakun is truly a master of his craft. With Gehriyaan, again, he has woven a story that will appeal to all and I am thrilled that along with Amazon Prime Video we are able to take this story to audiences worldwide."

'Gehraiyaan' is will premiere on Amazon Prime Video on February 11, 2022.