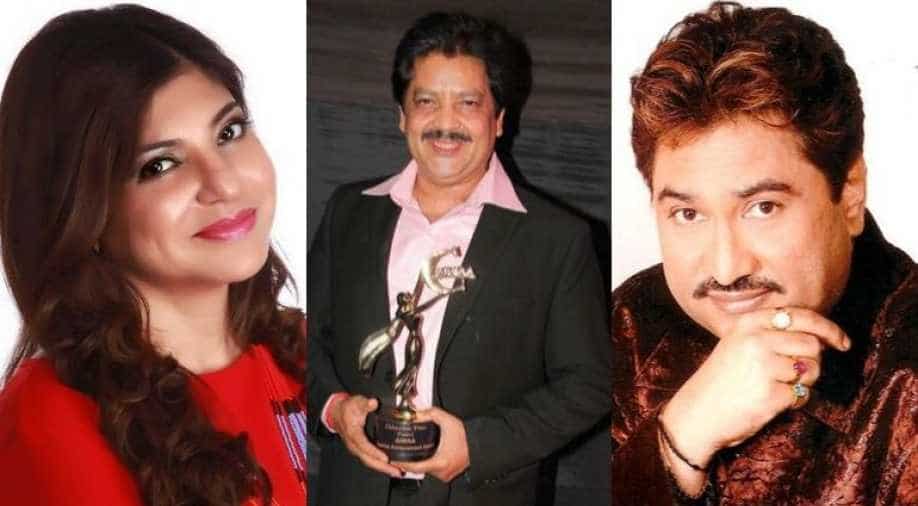 The FWICE which is the mother body of more than 32 affiliates has warned the singers to cancel their show named `Throwback 90`s` which is scheduled to take place on 17 November.

Federation of Western India Cine Employees (FWICE) has penned letter to singers Alka Yagnik, Kumar Sanu and Udit Narayan urging them not cancel their participation in a show scheduled in Dallas, US, citing that it has been organised by a Pakistani national.

The FWICE which is the mother body of more than 32 affiliates has warned the singers to cancel their show named `Throwback 90`s` which is scheduled to take place on 17 November.

The letter which states that the organisation "holds the dignity of our country as paramountly important" comes in the wake of the recent abrogation of Article 370 in the state of Jammu and Kashmir.

"Back to the tensions prevailing with our neighbours, more so after abrogation of Article 370, FWICE which holds the dignity of our country as paramountly important, has time and again informed the members of the film fraternity to abstain from associating with a Pakistani National in any platform of cultural or professional activities in Pakistan or in any part of the world," the letter stated.

"Very recently FWICE got to know that renowned singer Mr Diljit Dosanjh was to perform in an event in USA on Sept 21st at the invitation of Mr Rehan Siddiqi a Pakistani National. FWICE immediately swung into action of asking the singer to cancel his participation in the event," the letter read.

After the letter was issued to him, Dosanjh tweeted, "However in lieu of the letter by the FWICE I have decided to postpone my Houston show at this time. I love my country and will always stand for the greater interest of the Nation INDIA Always."

"Needless to add here that you all are acclaimed singers of India and have garnered enormous people from this country. Guess you would reciprocate the same sentiments with your countrymen and not throw open any ground for disharmony and displeasures arising out of any adverse eventuality in the future," the letter concluded.

Last month, Mika had performed in Pakistan with his group at an event organised by former Pakistani president Pervez Musharraf`s close relative.

After which netizens and fans revolted over the idea and called Mika a `traitor` on social media.

Following the social media uproar, FWICE and AICWA (All India Cine Workers Association) banned the singer. However, after a press conference, Mika publicly apologised after which the ban was revoked by both the film bodies.