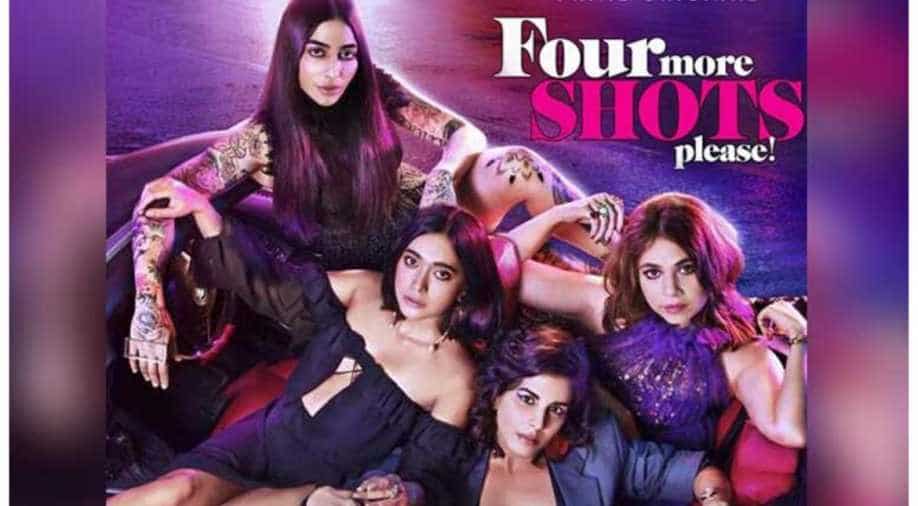 The series which streams on Amazon Prime has Kirti Kulhari, Maanvi Gagroo, Sayani Gupta and Gurbani Judge playing the lead roles.
This accolade comes hot on the heels of the 2020 International Emmy Awards nomination for the series in the `Best Comedy Series` category announced earlier this year. Read WION's review of the series here.

Aparna Purohit, Head of India Originals, Amazon Prime Video said, "I am equal parts delighted and proud to learn that a globally acclaimed international platform such as the Asian Content Awards has recognized our Amazon Original Series Four More Shots Please Season and honoured our talent with such a great award. 'Four More Shots Please! Season 2' has been a true labour of love for us and we are delighted to share this success with Pritish Nandy Communications, and of course, our fantastic talent who deserve every bit of adulation coming their way for giving us four extremely memorable, yet relatable flaw some women to look up to!"

Produced by Pritish Nandy Communications, `Four More Shots Please! Season 2` is the only Indian title to have won an award at the 2nd Asian Content Awards 2020, following stiff competition from entries from across Asia including China, Korea, Singapore, Taiwan, Indonesia, Japan and Thailand.

The show focusses on four single women living in Mumbai, each facing multiple challenges at work and in life and finding solace in each other. The show also stars Lisa Ray, Prateik Babbar and Milind Soman.