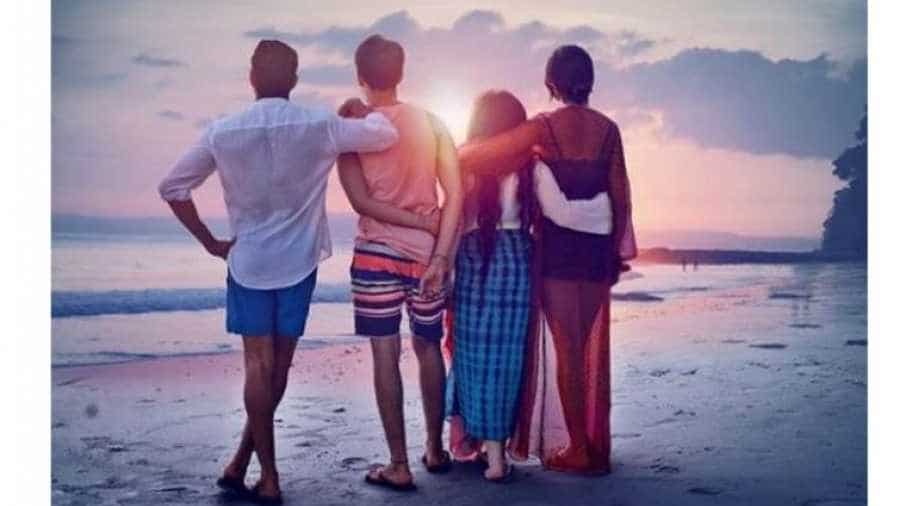 Poster of 'The Sky Is Pink' (Image via Instagram/faroutakhtar). Photograph:( Instagram )

'The Sky is Pink' marks the Bollywood comeback of Priyanka after a hiatus of almost three years.

Priyanka Chopra and Farhan Akhtar's latest outing, 'The Sky Is Pink', which opened to a start, registered low numbers in its opening weekend.

The film, which received a big thumbs up for the actor's performances and content, faced tough competition from Hrithik Roshan and Tiger Shroff's 'War' and Joaquin Phoenix-starrer's Joker'.

The movie, which also stars Zaira Wasim and Rohit Saraf, managed to rake in a total of Rs 10.70 crore in its first weekend. Indian film critic and trade analyst Taran Adarsh shared the box office collection of the movie on his Twitter handle.

Taran called the film's performance dull. He noted that although the film gathered momentum on the second day of its release, it fell flat on Day 3.

'Joker' and 'War' both released on October 2 and have been unstoppable at the box office. As per Box Office India, while 'War' was a clear winner, minting Rs. 31 crore in its second weekend, even 'Joker' made more money than 'The Sky Is Pink' in the last three days - Rs. 11.5 crore.

The latest figures take 'War's' collection to a total of Rs. 257 crore and 'Joker's' to Rs. 49 crore. Shonali Bose's 'The Sky Is Pink' is based on the real-life story of Aisha Chaudhary and her parents, who fought their daughter's rare medical condition called pulmonary fibrosis.

The film focuses on the love story of the parents (Priyanka and Farhan) spanning 25 years which is narrated by their teenage daughter Aisha (Zaira). Aisha becomes a motivational speaker before passing away due to pulmonary fibrosis at a young age.

'The Sky is Pink' marks the Bollywood comeback of Priyanka after a hiatus of almost three years. It is co-produced by Priyanka, Ronnie Screwvala and Siddharth Roy Kapur.

It got a standing ovation from the audience when it was screened at the Toronto Film Festival on September 13. 'War', which also stars Vaani Kapoor, became the highest opener of the year with a collection of Rs. 53.35 crore, dethroning Marvel superhero flick 'Avengers: Endgame'.