FIR filed against Amitabh Bachchan over a KBC question 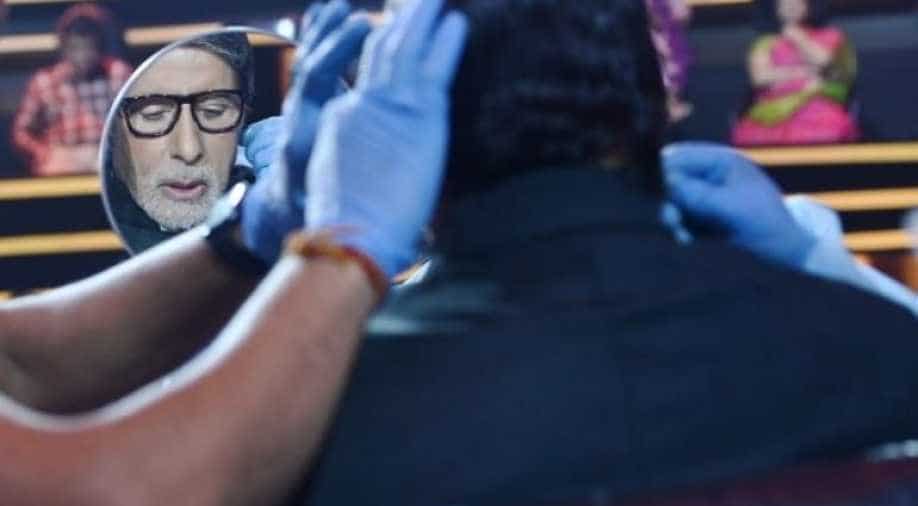 An FIR has been filed by a BJP MLA in Maharashtra against the makers of the KBC and host Amitabh Bachchan for allegedly hurting Hindu sentiments.

A question asked in one of the recent episodes of Kaun Banega Crorepati has been termed as 'anti-Hindu' and irked a certain section of the society. An FIR has been filed by a BJP MLA in Maharashtra against the show's host Amitabh Bachchan and the makers for allegedly hurting Hindu sentiments.

In a complaint filed in Latur, Abhimanyu Pawar has demanded that strict action must be taken against the makers and the superstar for a question that was asked on Friday's Karamveer special episode.

Abhimanyu Pawar, BJP legislator from Ausa in Latur district, in a complaint to Latur SP Nikhil Pingle said action should be taken against Bachchan and Sony Entertainment Television over a question asked during Friday’s Karamveer special episode.

“There was an attempt to insult Hindus and create discord between Hindus and Buddhists who have been living in harmony,” Pawar tweeted, posting a copy of his two-page letter to the police official.

Friday's episode had social activist Bezwada Wilson and actor Anup Soni in the hot seat. Bachchan asked them the following question worth Rs 6.40 lakh.- "On 25th December 1927, Dr B R Ambedkar and his followers burned copies of which scripture? "

The options that were given were: (A) Vishnu Purana (B) Bhagavad Gita, (C) Rigved and (D) Manusmriti.

Bachchan, as the host, explained “In 1927, Ambedkar condemned the ancient Hindu text Manusmriti to ideologically justify caste discrimination and untouchability and burned its copies.”

In his FIR, Pawar pointed out that all the four options given were related to Hindu religion. "It is clear that the motive behind this question was to hurt the sentiments of Hindus,” Pawar said in his police complaint.

“This question spreads the message that Hindu religious scriptures are meant for burning and triggers enmity between Hindus and followers of Buddhism,” said Pawar in his complaint.

The question also annnoyed a few on Twitter who accussed the makers for running 'leftist propaganda' through the show.
Filmmaker Vivek Agnihotri shared a clip from on Twitter, claiming KBC was “hijacked by Commies”.

“Innocent kids, learn this is how culture wars are won. Its called coding,” he tweeted. Some demanded a boycott of the show.

Neither Bachchan nor Sony Television, on which the show is aired, have reacted to the FIR so far.