Fatima Sana Shaikh has her own #MeToo story, says 'I expect not to be judged for not sharing mine' 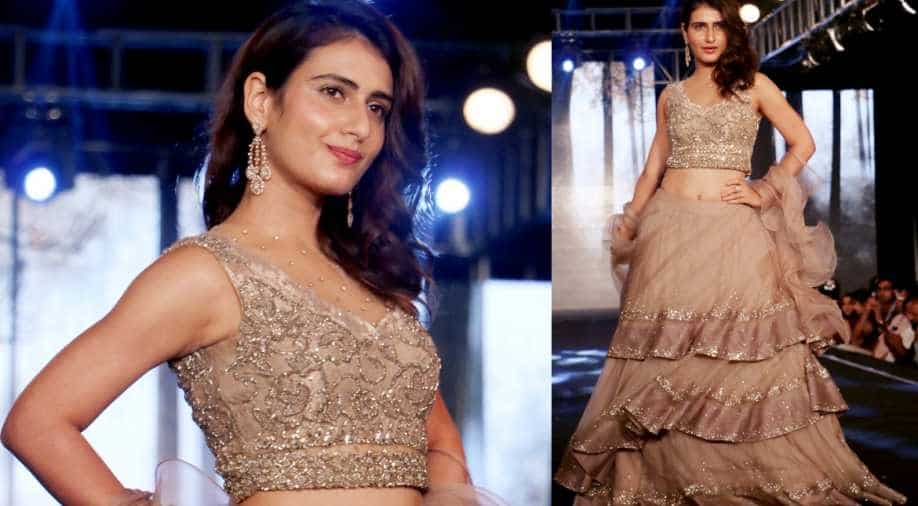 Applauding the #MeToo movement for providing a platform for victims of sexual harassment, the actress added, “Now sexual predators are scared of being shamed in public and shunned by the industry.

‘Thugs of Hindostan’ actress Fatima Sana Shaikh wants to add her two cents on the #MeToo movement that rocked Bollywood industry in India after it became a massive deal first in the Hollywood circuit.

In an interview to Mumbai Mirror, Fatima, when asked if she has faced sexual harassment ever, said, “I don’t want to expose that side of my life… I’m dealing with it, speaking to people I’m close to. Just like I won’t judge those who want to share their horror stories, I expect not to be judged for not sharing mine.”

Applauding the movement for providing a platform for victims of sexual harassment, the actress added, “Now sexual predators are scared of being shamed in public and shunned by the industry. For so many years we had normalised assault to such an extent that women had come to accept abuse as something that was normal.”

Seen last in ‘Thugs of Hindostan’ with Aamir Khan, Amitabh Bachchan and Katrina Kaif, Fatima said that she was disheartened with the response to her film. She said she didn’t come out of the room for several days. She said, “We were all disturbed, we had worked on the film for a-year-and-a-half,” she sighs. However, she does not regret doing the film: “Why would I not do a film like Thugs? I still don’t consider it a setback to my career.”

Aamir has also apologised for the film and said, “I would like to take full responsibility for that. You can be sure that we tried our level best. There are people who have liked the film a lot and we would like to thank them. We are happy that they liked the film but that’s a minority. Majority of the people did not like the film and we are aware of the fact. So there is no doubt that we did go wrong. I want to apologise to the viewers who came to watch my film in the theatres as I was not able to entertain them despite trying my best. But those who came with so many expectations did not enjoy the film and I am feeling very bad about it.”