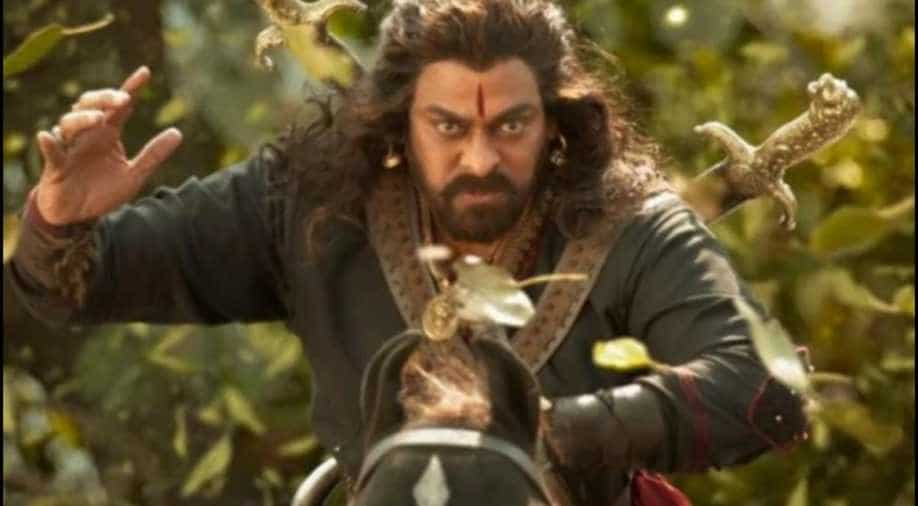 The larger than life cut-out of Chiranjeevi was adorned with big garlands of orange, golden-yellow and green colours from chin to toe.

As the much-awaited Chiranjeevi-starrer `Sye Raa Narasimha Reddy` hit theatres on October 2, die-hard fans of the actor went a step ahead to show their love for him and garlanded a huge cut-out of the veteran actor in Hyderabad.

The larger than life cut-out of Chiranjeevi was adorned with big garlands of orange, golden-yellow and green colours from chin to toe.

Fans in Hyderabad have garlanded a cut-out of veteran actor #Chiranjeevi on the release of his movie #SyeRaaNarsimhaReddy pic.twitter.com/w4MR17Rex2

In the action-packed thriller, Chiranjeevi is playing Uyyalawada Narasimha Reddy, a warrior who started the first rebellion against the British Raj. Also see: Meet the cast of epic film 'Sye Raa Narasimha Reddy'

Amitabh Bachchan is essaying the role Gosayi Venkanna, the Guru of freedom fighter Narasimha Reddy.The movie is set 10 years prior to India`s first war of independence, which took place in 1857 and also features Vijay Sethupathi, Sudeep, Nayanthara, and Tamannaah.Directed by Surender Reddy, the film is produced by Ram Charan.