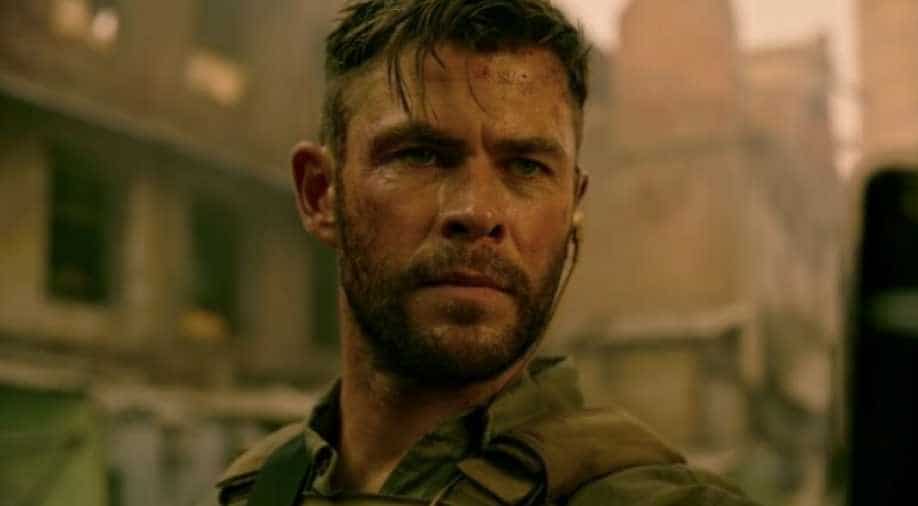 The 'Ragnarok' actor plays Tyler Rake, a mercenary-for-hire who is sent to Bangladesh to rescue the kidnapped son (Rudraksh Jaiswal) of a drug lord(Pankaj Tripathi).

At a time when nearly half of the world's population is under lockdown due to Covid-19 pandemic, Chris Hemsworth's new film, which brings together some prominent faces from different film industries across the world, makes for an apt watch. 'Extraction' features Bollywood's Pankaj Tripathi and Randeep Hooda along with debutant actor Rudraksh Jaiswal alongside Hemsworth.

The 'Ragnarok' actor plays Tyler Rake, a mercenary-for-hire who is sent to Bangladesh to rescue the kidnapped son (Rudraksh Jaiswal) of a drug lord(Pankaj Tripathi). The mission turns into a soul-searching race for Tyler as he develops a bond with the child. Along the way, the mission is compromised and he is left with only two options- to kill the boy or to abandon him.

The film has been shot in parts of Bangladesh and India and Chris Hemsworth was supposed to come to India to promote it prior to the release which had to be canceled owing to the outbreak of COVID-19 pandemic.

Hemsworth even shared a message on Netflix India's Twitter message for his Indian fans.

A Netflix special, the film also stars Iranian actress Golshifteh Farahani, David Harbour, and Priyanshu Painyuli and has been produced by 'Avengers: Endgame' directors Anthony and Joe Russo through their AGBO banner, along with Hemsworth, Mike Larocca, and Eric Gitter.

The film marks the directorial debut of Sam Hargrave, who previously worked with Hemsworth as a stunt coordinator on 'Avengers: Infinity War' and 'Endgame'.

'Extraction' is scheduled to release on April 24 on Netflix.