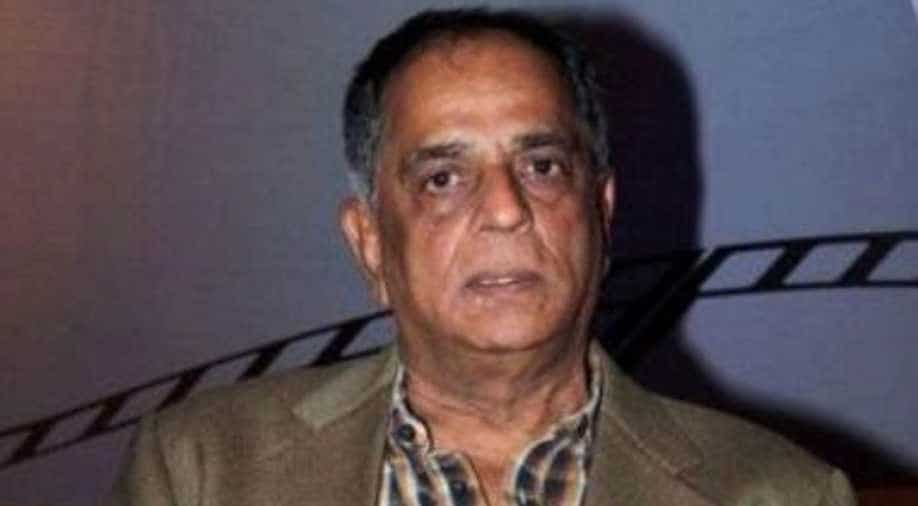 Nihalani has found himself embroiled in a number of controversies. Most recently he objected to the movie Lipstick Under My Burkha because it was 'lady-oriented'.? Photograph:( Zee News Network )

His upcoming film ‘Rangeela Raja’ has reportedly been suggested 20 cuts, something that has made him furious

Ex-CBFC chief Pahlaj Nihalani will know what it felt like to be on the other side of the table, now that his upcoming film has been suggested 20 cuts from the censor board. Known for his penchant for cutting film scenes and dialogues in the name of morality and Indian culture, Pahlaj is fuming at the censor board’s decision.

His upcoming film ‘Rangeela Raja’ has reportedly been suggested 20 cuts, something that has made him furious. Pahlaj has in return, moved to Bombay High Court for legal action. Pahlaj has accused current CBFC chief Prasoon Joshi of not following the standard procedure and doing favouritism. He further added that that cuts suggested violate CBFC guidelines.

Speaking to media, Pahlaj asserted that he has filed a plea in Bombay High Court against the CBFC chief. He said that his film was reviewed in 40 days after he applied for review and revealed that he actually wanted to release Rangeela Raja on November 8 but due to the delay in the review process, he had to extend the release dates.

Former Censor Board Chief Pahlaj Nihalani files a plea in Bombay High Court against Censor Board after it reportedly suggested around 20 cuts in his upcoming movie 'Rangeela Raja' (file pic) pic.twitter.com/RhXqE0vpwq

My film was reviewed 40 days after applying. I was going to release my film on Nov 8. Thugs of Hindostan had applied 20 days after me. Prasoon Joshi&Aamir Khan are good friends, so they were given preference. The cuts suggested for my film violate CBFC guidelines: Pahlaj Nihalani pic.twitter.com/5FcfYsEUwN

Accusing Prasoon Joshi, Pahlaj said that ‘Thugs of Hindostan’ applied for review 20 days after his application but it was approved early because Prasoon Joshi and Aamir Khan share a close relationship.

His film, 'Rangeela Raja' features Govinda in lead role. Pahlaj has both directed and produced the film which according to him is inspired by the life of liquor baron Vijay Mallya. The movie has been shot in 1990s backdrop and is touted to be an entertainer. The release date of it is yet to be announced.