Everyone is calling me brave for playing dark-skinned character: Bhumi Pednekar 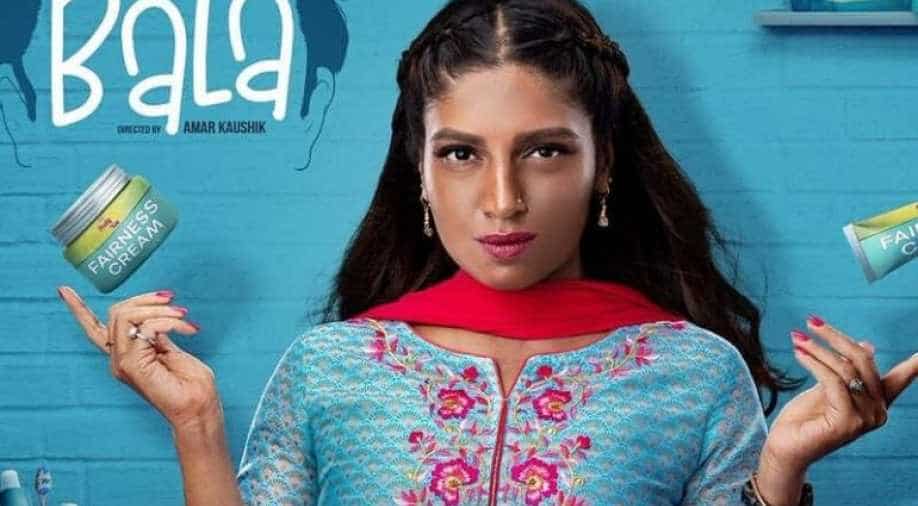 Bhumi Pednekar praised her entire star-cast of ' Bala' for making the film soar grandeur at the box office.

Impressing fans as a dusky girl in the latest release 'Bala', Bhumi Pednekar says she paid no heed to the people who told her that playing the dark-skinned character was a brave move on her part. Elucidating further upon the statement, she said, "Everyone is me that I have been brave to play this role but I have been telling them that I see myself as an artist, someone who wants to shed herself and become a character in the film because that's what is important".

"I can't always be thinking about how I'm looking on screen because I will do a disservice to the vision of the film and the character I have willingly chosen to do," she opined.

This is the third outing of Bhumi along with Ayushmann Khurrana, who has managed to pull off every role and wow the audience with their roles. With films like 'Dum Laga Ke Haisha' and 'Shubh Mangal Saavdhaan', which had hit hard against certain societal norms, Bhumi called herself a "catalyst of change".

"When I read the script of Bala, I was blown over by the fact that my character is the voice of reason for the protagonist, a catalyst for change and I immediately connected with the social message that our film was trying to give to audiences," she explained.

Overwhelmed by the tremendous response and appreciation received from the critics and audience, the actor said, "I'm delighted that my character is getting so much love and adulation and is being praised for standing her ground in a stereotyped society, becoming a mirror to prejudices and telling everyone that self-respect and self-love is all that should matter".

Bhumi also praised her entire star-cast for making the film soar grandeur at the box office."It is an art to deliver a strong message while entertaining audiences thoroughly and our director Amar Kaushik has managed to do it brilliantly".

"I congratulate Amar, Ayushmann, Yami, Dinesh Vijan, our powerful cast members and everyone associated with the film on the superb start it has got at the box office," she added.