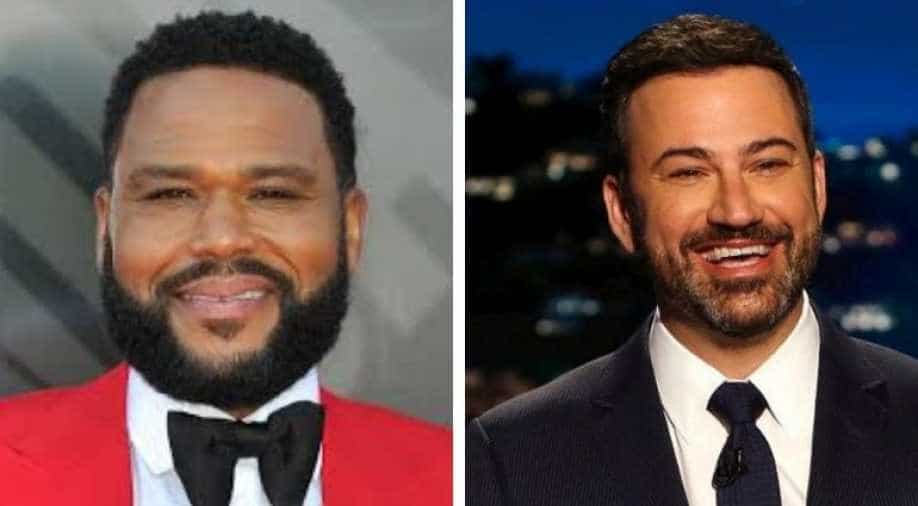 Anderson, star of the series of 'Black-ish' took to stage at the staples center for a commedy bit that focussed on how the Emmys were different this year with record number of Black nominees. Anderson rued that the show would have been hiostoric had it not gone the vitual way.

"These Emmys would have been NBA All-Star Weekend and Wakanda all wrapped into one. This was supposed to be the Blackest Emmys ever," Anderson said. "Y'all wouldn't have been able to handle how Black it was going to be. But because of COVID we can't even get in the building," he said.

"Instead of that sexy melanated energy, here I am, in a sterilized green room, trying not to sneeze on a llama," Anderson said.

Anderson pointed out that while he was dissapointed at how the the awards had to be organised he was still happy at the Black domination at this year's awards. "I'm still rooting for everyone Black. Because Black stories, Black performances and Black lives matter. Say it with me, Jimmy," he said and Kimmel and Anderson recited the phrase louder a few more times.

"That's right, and because Black lives matter, Black people will stay at home tonight to be safe. Which is fine, because guess what? Y'all don't know how to light us anyway."