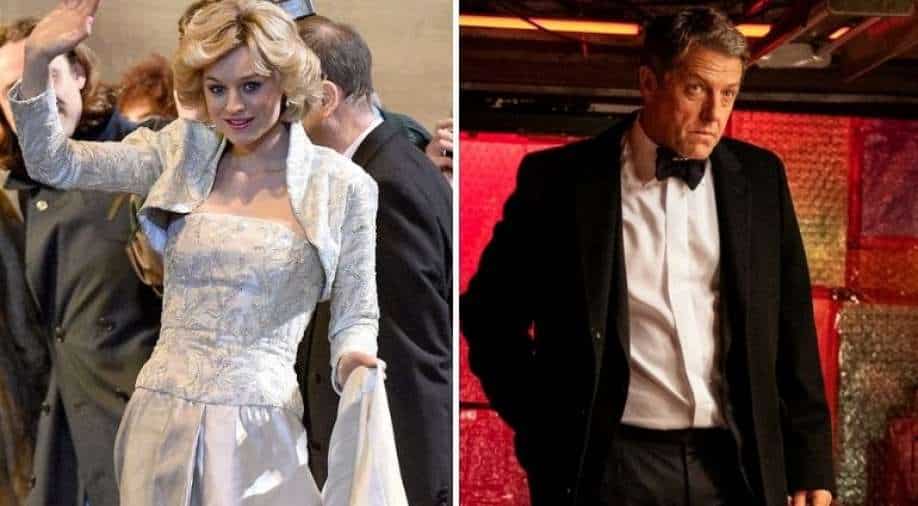 ominations were announced on Wednesday for the Golden Globe awards for film and television.

Nominations were announced on Wednesday for the Golden Globe awards for film and television. The awards will be presented on Feb. 28.
Following are reactions from key nominees, in statements or posted on social media: Golden Globes 2021: Full nominations list

DAN AND EUGENE LEVY, NOMINEES FOR BEST SUPPORTING ACTOR AND BEST ACTOR IN THE TV COMEDY SERIES `SCHITT`S CREEK`
"What a way to wake up! We are so proud of the entire cast and crew of `Schitt’s Creek,` and we are thrilled to celebrate the end of this series with the show`s first Golden Globe nominations."

HUGH GRANT, BEST ACTOR NOMINEE FOR TV MOVIE, LIMITED SERIES FOR `THE UNDOING`
“I’m very grateful. Just to be nominated is a massive honor. ... I’m also very proud for the show itself and happy for Nicole (Kidman) and Donald (Sutherland) for their nominations."

SACHA BARON COHEN, BEST ACTOR NOMINEE FOR `BORAT SUBSEQUENT MOVIE FILM` AND BEST SUPPORTING ACTOR FOR `THE TRIAL OF THE CHICAGO SEVEN`
"These nominations are a tribute to the talented creative teams that led and supported both films from inception to this moment. ... These two films are different, but they share a common theme — sometimes we have to protest injustice with our own farce."

EMMA CORRIN, BEST ACTRESS NOMINEE IN A TV DRAMA SERIES FOR `THE CROWN`
"Thank you, thank you! I am truly honored to be named amongst a group of such talented and inspirational women! Working on The Crown was the most magical experience in no small part thanks to the incredible cast and crew that supported and helped guide me through, including my wonderful friend, Josh O’Connor who has so deservingly been recognised today as well."

LIN-MANUEL MIRANDA, NOMINEE FOR BEST ACTOR IN A MUSICAL OR COMEDY FOR `HAMILTON`
"Thank you for honoring the work of this incredible cast and crew, @goldenglobes. Grateful grateful grateful."

ANDRA DAY, NOMINEE FOR BEST ACTRESS IN A FILM DRAMA FOR `THE UNITED STATES VS. BILLIE HOLIDAY`
"Gratitude. God is great. No other words can describe how I feel."

LILY COLLINS, NOMINEE FOR BEST ACTRESS IN A TV SERIES, COMEDY OR MUSICAL, FOR `EMILY IN PARIS`
"I`m beyond thrilled the series was recognized and I feel so lucky to be in a category including such incredible women who have kept me laughing and smiling all year long. The greatest gift of playing Emily has been providing a sense of escapism and fun during a time when we all needed it most."

HELENA ZENGEL, 12-YEAR-OLD NOMINEE FOR BEST SUPPORTING FILM ACTRESS FOR `NEWS OF THE WORLD`
“Wow, what an honor! I am very excited to be nominated for a Golden Globe Award. Shooting News of the World was the first time I’ve ever been to America and I had such an amazing experience working and learning alongside Tom Hanks and Paul Greengrass."