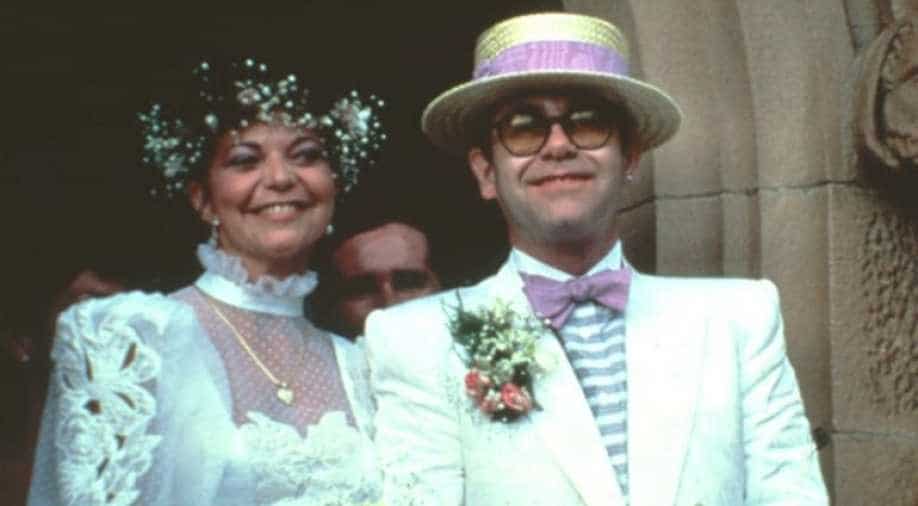 Blauel has sued Sir Elton John for approximately USD 5 million amid claims that he broke the terms of their divorce by mentioning their marriage in his autobiography.

A few weeks back, we had informed you that Elton John's ex-wife Renate Blauel had filed a legal case against the singer. Blauel has sought an injunction at the High Court in June and now the reason behind her filing has been revealed.

Blauel has sued the famous singer for approximately USD 5 million amid claims that he broke the terms of their divorce by mentioning their marriage in his autobiography.

Blauel, a sound engineer, met John while he was recording his comeback album 'Too Low for Zero' in 1983. The couple got married in 1984, while on tour in Australia. The relationship ended in divorce in 1988. Since then Blauel has always maintained a low profile and steered away from media attention while John came out a few years later, married his future husband, David Furnish, and had children.

According to media reports, Blauel filed documents with the High Court claiming the 73-year-old singer broke terms of their divorce which triggered existing mental health problems for her.

Blauel sought an injunction over the release of the acclaimed John's biopic 'Rocketman' which released in 2019.

According to court papers, the singer had agreed to remove parts of his autobiography before it was published last year.
However in one part of his book titled 'Me', he expressed regret at 'breaking the heart,' of his ex-wife Blauel.