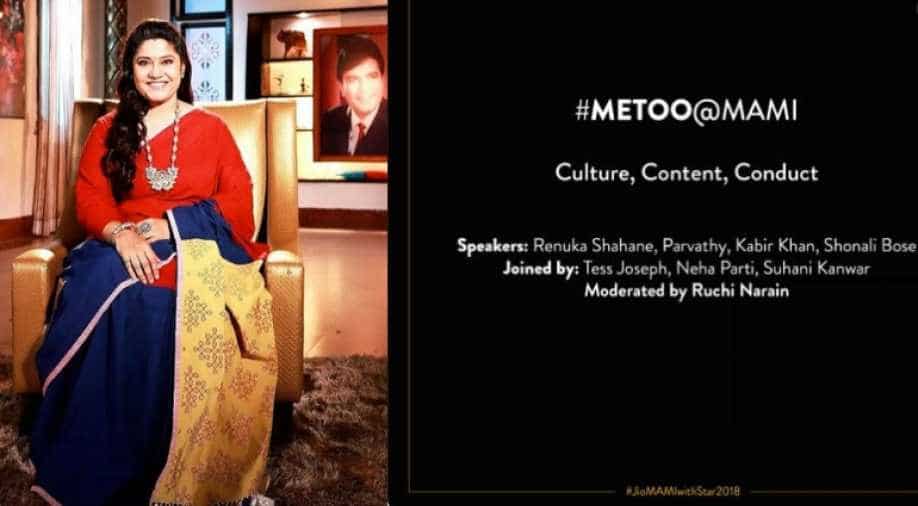 Director Shonali Bose believes that cinema is the best way where one can break boundaries and smash stereotypes.

Lauding several women for having the courage to share their sexual harassment stories, filmmaker Shonali Bose says the #MeToo movement should not be reduced to male bashing.

"This movement should at no point become male bashing. It is not about men and women, it is about the patriarchy embedded in our society. I was in a prominent college in Delhi, I was sexually harassed in auditorium and went up to the stage and said we were shutting down the festival as many faced it,'' Shonali said.

"The principal said I was going to be expelled from the college. It is about the ideology, like women being shamed as to how you project yourself, what you wear... It is not coming from men alone but women as well," Shonali said on Friday at #MeToo panel discussion at the Jio MAMI Mumbai Film festival here.

Shonali said the incident only made her realise, how women are judged for what they wear and how they appear.

The 53-year-old director believes cinema is the best way where one can break boundaries and smash stereotypes.

Actor Renuka Shahane, who was also a part of the session, said she has worked with people whom she had admired.

"Most people can't separate art from the person. When I was a newbie I had to be alert always or build walls. I feel anybody who goes to a work situation there has to be mutual respect. When you are not shooting, you can't be judged and pounced on, '' said Renuka.

She further said,''I have experienced all of that in the film industry. We just try to sweep that under the carpet. This whole 'adjust' thing is like big conspiracy of silence."

For Renuka, the whole movement is about creating a safe environment for women and be respected in the workplace.

"It is unfortunate that these things happen. I have seen both the sides. Like there are women who are entering the industry with the thought that they are willing to do anything to get in here,'' said the actress.

"The fact that there are women who don't want to do anything, they should be allowed to work in an environment that satisfies them as an actor," said the actor.

She gave the example of 'intimacy coordinators' being hired in Hollywood to ensure standards and prevent abuse during all sexual scenes on sets and said the same should be there in India as well.

The actress said, "My husband (Ashutosh Rana) has done a lot of that in the film industry and he has always been careful and sensitive in such scenes. It is a tricky scene to perform as you have to be in the scene and make sure your female co-star is not suffering from any kind of harassment. Good actors have managed to do it in an aesthetic way."

She said due to the movement there might be a discussion on the sets regarding the details of the scenes where nudity, intimacy is concerned.

"Everybody has the right to work in a comfortable situation," said the actress.