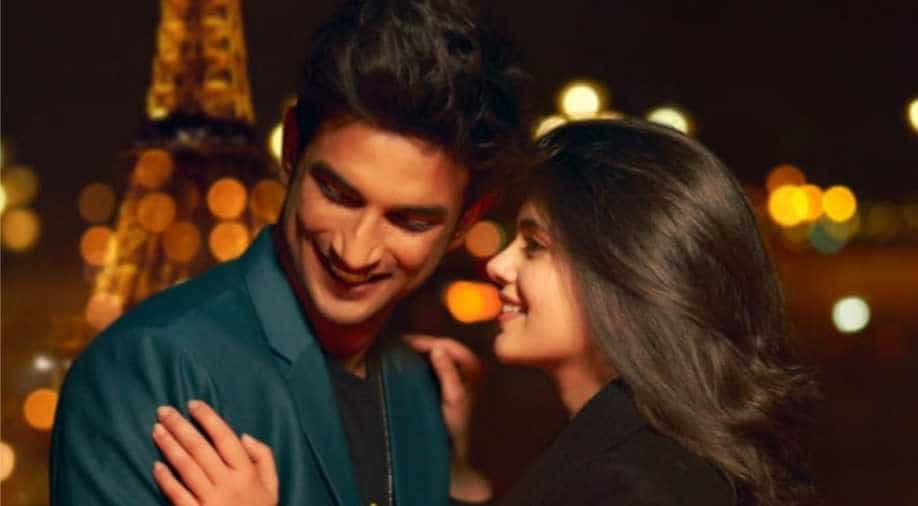 The trailer of Sushant Singh Rajput's last film 'Dil Bechara' is finally out!

The trailer of the much-anticipated film 'Dil Bechara' is finally out. Starring late actor Sushant Singh Rajput and newcomer Sanjana Sanghi, the film is a Hindi adaptation of John Green’s popular book 'The Fault In Our Stars'.

The trailer gives a sneak-peek into an emotional story of two terminally ill youngsters who fall hopelessly in love with each other and want to spend the last few days of their lives together. Rajput plays Manny a fun-loving, charming young guy who meets Kizie (Sanghi) at a support group and falls in love with her.

The film was earlier titled as 'Kizie Aur Manny' and was eventually changed to 'Dil Bechara'. The film is the directorial debut of casting director Mukesh Chhabra.

The film also stars Saswata Chatterjee, Swastika Mukherjee and Saif Ali Khan in a cameo role. The music is by AR Rahman.

After Rajput's tragic death on June 14, fans had demanded a theatrical release of the film but owing to the current pandemic, makers have decided to release the film directly on digital. It will be available for streaming on Disney+Hotstar from July 24 onwards for both subscribers and non-subscribers.