Demi Lovato thanks friends, fans for support after docuseries premiere 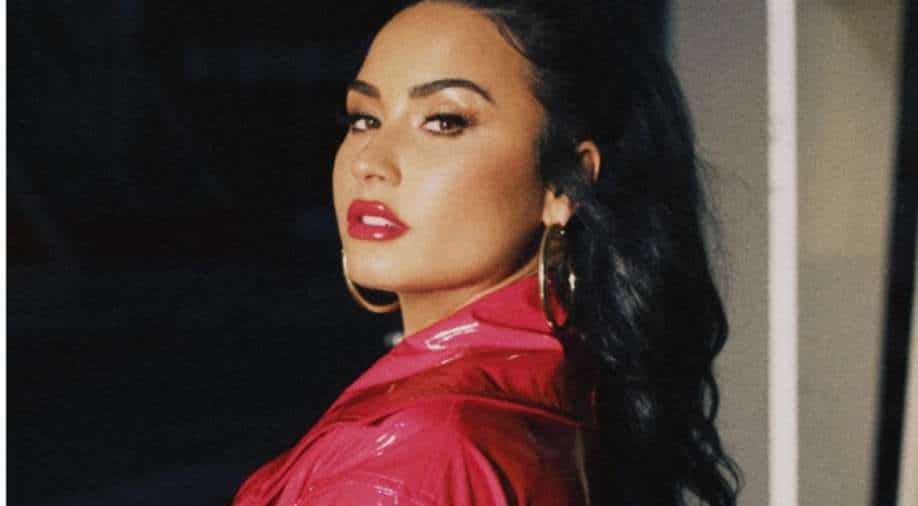 The project is Lovato`s first album since `Tell Me You Love Me` in 2017.`Demi Lovato: Dancing with the Devil` premieres on YouTube on March 23.

American singer-actor Demi Lovato posted a thank you note for her family, friends and fans, expressing gratitude after being showered with love and support.

The 28-year-old singer shared a message on her Instagram Story on Wednesday. The heartfelt note came in response to all the support she received since the premiere of her documentary `Demi Lovato: Dancing with the Devil`."Thanking god for all the love and support I`ve felt from my fans, friends and family over the past 24 hours. My heart is so overwhelmed in the best way," Lovato wrote.

She added, "I love you all so much and thank you for your messages..you have no idea what they mean to me. We`re in this together and I feel you with me - thank you."In the tell-all docuseries, which premiered at the SXSW Film Festival on Tuesday, viewers got an in-depth look at what happened before, during, and after the singer`s 2018 overdose, reported People magazine.

The songstress bravely opened up about dealing with the trauma that she faced not only from the night of her overdose but with a previous sexual assault.

Lovato told People magazine during a Television Critics Association panel last month that she "wouldn`t change a thing" about what happened after her drug overdose. "Everything had to happen in order for me to learn the lessons that I learned," Lovato said at the time.

She added, "It was a painful journey, and I look back and sometimes I get sad when I think of the pain that I had to endure to overcome what I have, but I don`t regret anything."The singer continued, "I`m so proud of the person I am today. And I`m so proud that people get to see it in this documentary and I couldn`t be more grateful that I had someone by my side."Lovato added that she wanted to "set the record straight" about her life with the recently-released docuseries."I wanted to reveal it all for my fans and say this is who I am and this is where I`m at today and this is the journey that got me here, and if it helps you, then I hope that it can because that was ultimately my purpose in putting this out," she told reporters.

On Monday, Lovato shared that her companion album to the series, `Dancing with the Devil...The Art of Starting Over` will be released on April 2. The project is Lovato`s first album since `Tell Me You Love Me` in 2017.`Demi Lovato: Dancing with the Devil` premieres on YouTube on March 23.