Demi Lovato comes out as pansexual, says she is 'sexually fluid' 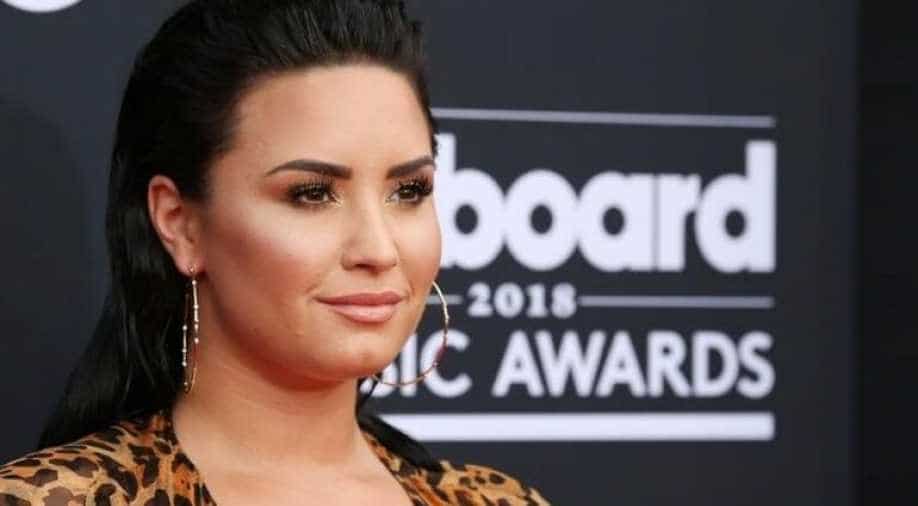 Calling herself 'pansexual'- Demi Lovato has she is attracted to "anything really".

Singer Demi Lovato has come out as pansexual. Lovato appeared recently on the Joe Rogan Experience podcast and revealed that she's pansexual- which meant she's attracted to all genders.

Lovato said she's proud to be a part of the "alphabet mafia," referring to the LGBTQIA+ community.

When Lovato was asked if she would like to have children, she said, "I used to. I think if anything I want to adopt. I was engaged to a man last year." The 28-year-old singer was engaged to Max Ehrich for a brief period in 2020.

"I totally thought I'd be married, maybe pregnant by now. And that's not the case," she added.

"I also don't know if I'm going to end up with a guy, so I can't really see myself maybe getting pregnant. I'm so fluid now — and a part of the reason why I am so fluid is because I was super closeted off."

Host Rogan clarified that by calling herself "sexually fluid" she was indicating that she was interested in both men and women. "Yeah- anything really," said Lovato in response.

Rogan asked if the term is "pansexual" and Lovato replied, "Yeah, pansexual."

Lovato said sha had heard someone call the LGBTQIA+ community the “alphabet mafia” — and loved the term.

“That's it! That's what I'm going with. I’m part of the alphabet mafia and proud,” she said.

During the podcast, Lovato was also asked about the time she realised she was interested in both men and women. To which she said, it was while watching 1999's 'Cruel Intentions' and seeing Sarah Michelle Gellar and Selma Blair.

"I was like, 'Oh, I like that,'" she recalled. "But I felt a lot of shame because growing up in Texas as a Christian that's very frowned upon. Any attraction I had to a female at a young age, I shut it down before I even let myself process what I was feeling."

Earlier while appearing on the cover of Glamour magazine, Lovato had opened up about her breakup with Ehrich and how it made her realise 'how queer' she was. The singer had though shied away from coming out during the interview which came out earlier this month.

“I know who I am and what I am, but I’m just waiting until a specific timeline to come out to the world as what I am. I’m following my healers’ timeline, and I’m using this time to really study and educate myself on my journey and what I’m preparing to do," Lovato had said.

Lovato has, though, been out as sexually fluid since 2017. In her YouTube documentary, 'Simply Complicated', Lovato had said she was open to dating men and women, explaining, "I am open to human connection. So whether that's through a male or a female, it doesn't matter to me."

The singer is, at present, promoting her new YouTube doc 'Dancing With the Devil', which details her 2018 drug overdose. The singer has revealed she was minutes away from dying and how she was sexually assaulted the night of her overdose by her drug dealer. Lovato had also revealed that she lost her virginity in "a rape" when she was 15-years-old.