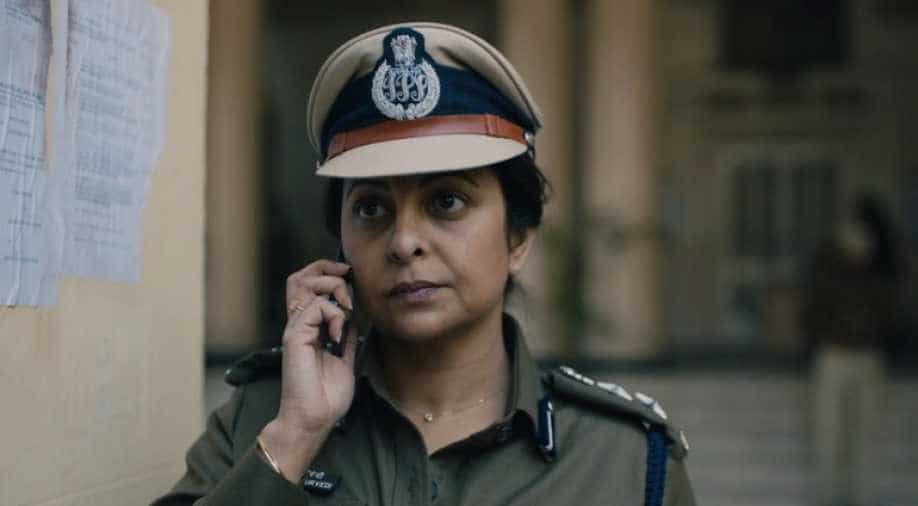 Shefali Shah in a still from 'Delhi Crime'. (Image via Twitter/@See What's Next) Photograph:( Twitter )

Delhi police take center stage in Netflix seven-part series 'Delhi Crime'. Based on the infamous and historic gang-rape case of 2012 that completely shook the nation, the series has actress Shefali Shah's playing a senior police officer in charge of the case.

“This crime is not just heinous, it is insanity,” says Shah at the beginning of the trailer setting the mood right for the series.

Directed by Indo-Canadian filmmaker Richie Mehta, the series revisits the horrific incident and tells the story from the perspective of the police.
On December 16, 2012, five men and one juvenile raped and assaulted a 23-year-old physiotherapy student in a private bus in the national capital. She succumbed to her injuries on December 29 that year. The series spans over six days and recounts how the police cracked the case and made arrests within a week's time and the public outrage that followed post the incident.

The series will be out on Netflix on 22nd March.