Deepika Padukone, Rishi Kapoor to work in a film together? 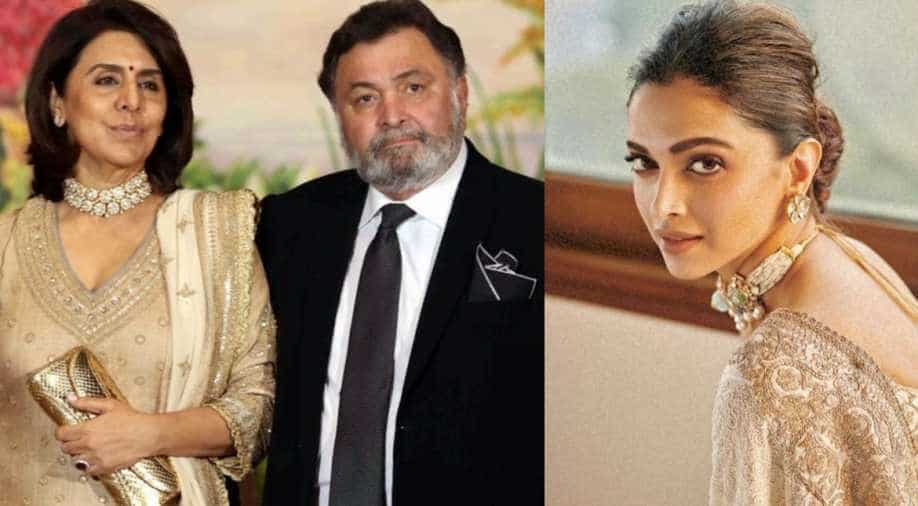 Deepika was also seen visiting Rishi in the US when he was stationed there for cancer treatment.

Are Deepika Padukone and Rishi Kapoor planning a film together? We have seen them together before on the big screen but ever since their personal ties got over, thanks to Deepika and Ranbir Kapoor breaking up, they were not seen collaborating for any project.

Ranbir Kapoor, Rishi’s son and Deepika Padukone were a thing in the past as they dated for sometime before going their separate ways. The two, however, remain cordial and are seen at times in public places together. Deepika is now married to Ranveer Singh as the two celebrated one year of marriage last month while Ranbir Kapoor is with Alia Bhatt now and the two seem to be much in love.

As for Rishi Kapoor and Deepika Padukone working together, media reports suggest that the two might star together in a film.

Deepika was also seen visiting Rishi in the US when he was stationed there for cancer treatment. Rishi and Neetu recently came back to India after spending 11 months undergoing treatment.

Deepika, meanwhile, will be seen in Meghna Gulzar’s ‘Chhapaak’ that is due to release on January 10, 2020. It will be the first film of the new year and will clash with Rajinikanth’s ‘Darbar’, Ajay Devgn’s ‘Tanhaji’.