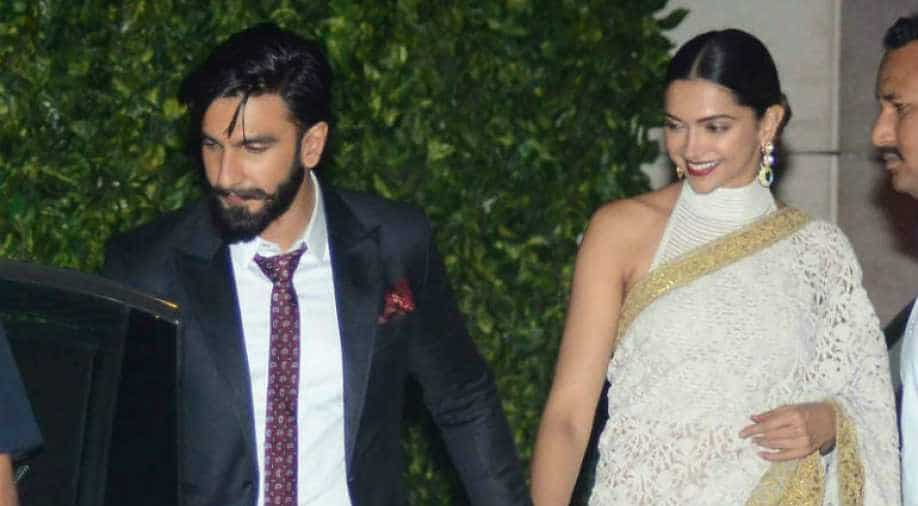 File photo of Ranveer Singh and Deepika Padukone. Photograph:( Others )

This stunning corner of Europe has attracted everyone from showbiz royalty like David Bowie and George Clooney to `nouveau` celebs like Kim Kardashian.

It`s not difficult to understand why Deepika Padukone and her beau Ranveer Singh chose northern Italy to get married. This stunning corner of Europe has attracted everyone from showbiz royalty like David Bowie and George Clooney to `nouveau` celebs like Kim Kardashian.No place captures the breathtaking natural beauty, history and undoubted glamour of the region than Lake Como - a strip of land that is no more than 30 meters deep in places which wraps around the one of the largest bodies of water in the world and which has been a luxury gateway for aristocrats and the wealthy since Roman times.

From its cobbled streets, Italianate architecture, quaint atmosphere to its stunning views and the clouds that linger through the day, hugging the sides of the mountains that rise all around it, Lake Como is steeped in romance.

In fact, romance is palpable as you walk along the streets. And no place in Lake Como captures its romantic essence better than Villa del Balbianello, a stunning Italianate villa that began life as a monastery more than seven centuries ago.

Later this week, the Villa will play host to what is the culmination of Deepika and Ranveer`s six-year romance. Surrounded by family and selective friends - including Shah Rukh Khan, Farah Khan and Sanjay Leela Bhansali - the two stunning young Bollywood stars will tie the knot in two separate ceremonies; a Konkani ceremony in celebration of Deepika`s Kannada heritage and a second Sindhi do in tribute to Ranveer`s slightly more rambunctious background.

Security is, understandably, almost water-tight. However, the villa was open to the public until late on Sunday when it was put on lockdown for the remainder of the week. The only way to get inside was by hiking up a gruelling two-and-a-half kilometre trail that meanders its way through a peninsula that juts out from the eastern shore of Lake Como. The hike allows access to a `service` entrance where a number of commercial vehicles had arrived bringing everything from flowers to scaffolding. Also see: Preparations begin at Deepika Padukone-Ranveer Singh's wedding venue

The ceremony will take place inside a surprisingly intimate dwelling that overlooks the Villa`s breathtakingly beautiful landscaped gardens with its Roman statues and ancient flora. What truly sets apart Lake Como and the Lombardy region, in general, is the incredibly comfortable co-existence of the old and the new.

Most hotels in the area are housed inside buildings that are hundreds of years old but have been faithfully and carefully updated with the latest modern amenities with no compromise made to the history of the property.