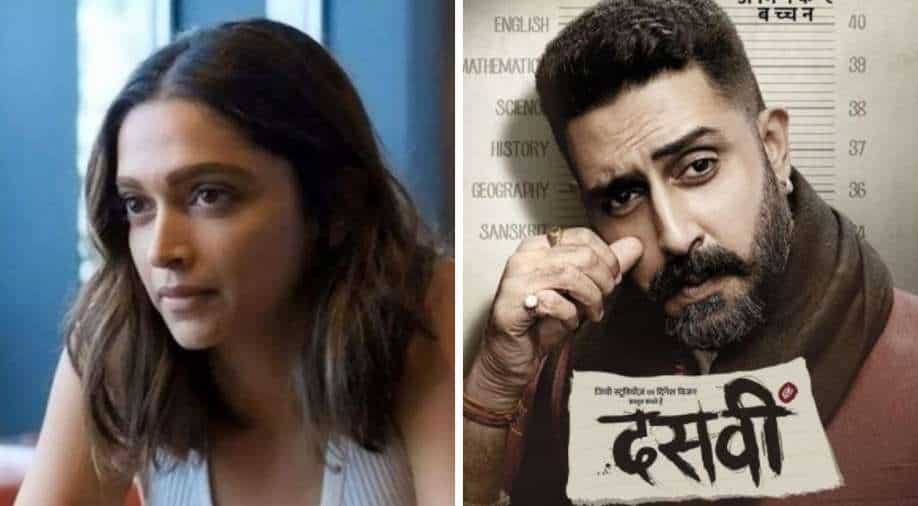 File image of Deepika Padukone and the poster of Dasvi Photograph:( Twitter )

Abhishek Bachchan, Yami Gautam and Nimrat Kaur 'Dasvi' looks like a promising story. The film's trailer was unveiled on Wednesday which has Bachchan playing an illiterate CM who decides to attempt 10th board as he gets arrested.

The trailer, full of punchlines looks like a fun film but what caught everyone's attention- including Deepika Padukone's was the last part of the trailer.

The trailer of 'Dasvi' features a dialogue where Abhishek is asked to convert a sentence into a passive voice.
The sentence is, "Ranveer loves Deepika," to which Abhishek hilariously replies, "Everybody loves Deepika."

Much like her fans, Deepika also found the teaser and her reference humorous.

Reacting to it, she took to Instagram Story and wrote, "Thankyou team 'Dasvi' for the love. Wishing you guys the best."
Produced by Dinesh Vijan under his banner Maddock Films, Jio Studios, and Bake My Cake Films, `Dasvi`, which is helmed by Tushar Jalota, will release on Netflix India and Jio Cinema on April 7.