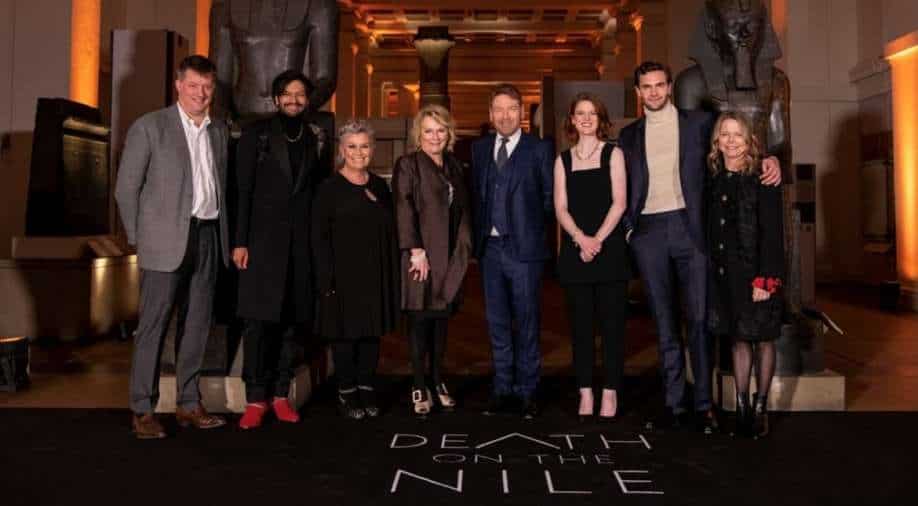 Death On The Nile team pose at the British Museum Photograph:( WION )

The cast and the filmmaker from the daring mystery-thriller 'Death on the Nile', gathered in the Egyptian exhibit at The British Museum in London for a private dinner to celebrate the film opening this Friday, February 11, 2022.

The film is directed by five-time Academy Award nominee Kenneth Branagh and features an all-star ensemble cast comprising of Gal Gadot, Ali Fazal, Rose Leslie among others. Branagh too features in the film.

'Death on the Nile,' which reunites the filmmaking team behind 2017’s global hit 'Murder on the Orient Express,' is written by Michael Green, adapted from Christie's novel, and is produced by Ridley Scott and Kenneth Branagh.

Belgian sleuth Hercule Poirot’s Egyptian vacation aboard a glamorous river steamer turns into a terrifying search for a murderer when a picture-perfect couple’s idyllic honeymoon is tragically cut short. Set against an epic landscape of sweeping desert vistas and the majestic Giza pyramids, this dramatic tale of love gone wrong features a cosmopolitan group of impeccably dressed travellers and enough wicked twists and turns to leave audiences guessing until the final, shocking denouement.

'Death on the Nile' transports audiences to the 1930s, recreating many of the locations that served as inspiration for Christie’s glamorous, high society thriller.