David Schwimmer is looking forward to 'Friends' reunion for this reason 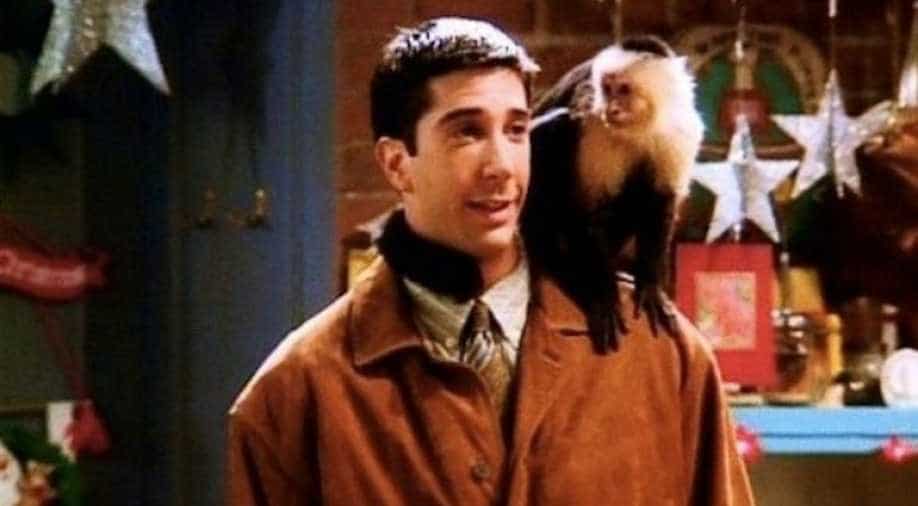 David Schwimmer as Ross with Marcel in a still from 'Friends'. Photograph:( Twitter )

Actor David Schwimmer, who played Ross in the popular TV series, recently opened up about the reunion and revealed the thing that he is most looking forward to.

The outbreak of coronavirus pandemic may have delayed the highly anticipated reunion of 'Friends' cast but the actors have on numerous occasions stated that the reunion is still on track.

Actor David Schwimmer, who played Ross in the popular TV series, recently opened up about the reunion and revealed the thing that he is most looking forward to.

Schwimmer was speaking to E! News about his new 'Intelligence' when he was asked about 'Friends' reunion and the actor said, "I guess what I'm honestly most looking forward to is just being in the room with those other five actors. It's five, right?" he said with a laugh, adding, "That was a joke."

Earlier in February, OTT platform, HBO Max had announced that the six leading cast members of 'Friends'- Jennifer Aniston, Mathew Perry, Courteney Cox, Lisa Kudrow, Matt Le Blanc and David Schwimmer- would reunite for an unscripted episode along with the show's creators David Crane and Marta Kauffman. The filming was to happen in the same stage where the show was shot for 10 seasons. The reunion episode has now been postponed owing to the pandemic.

Recently, both Aniston and Kudrow have given previews of what to expect from the episode which will have Ellen Degeneres as the host.

"I think it's gonna be really fun also if we ever get out of quarantine [and] get to do our reunion show," Aniston told Variety in an 'Actors on Actors' interview in June.
Kudrow responded, "Yes, that will be really great. I can't wait to do that. I really can't wait to do that. Yeah, we don't know everything about it, we need to say. I think we're meant to be surprised by some things as well."