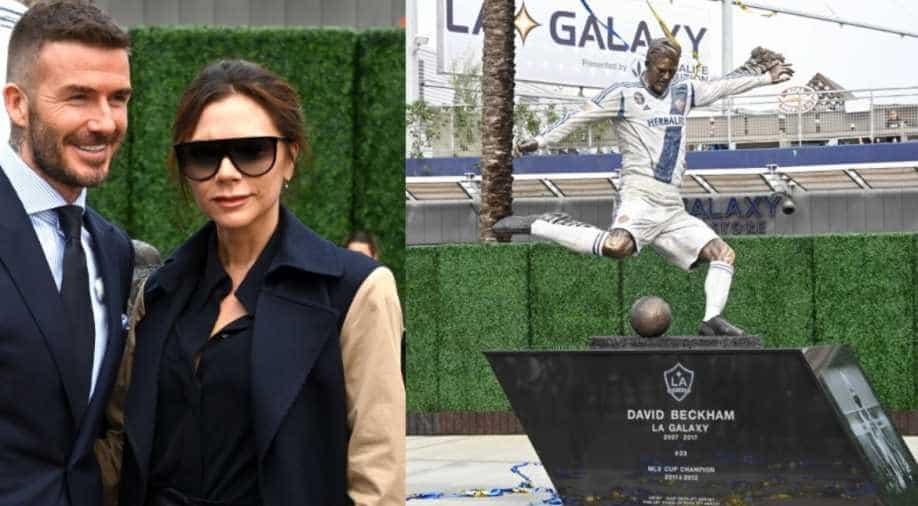 A clip of the prank was released by Corden on Monday that showed Beckham shocked at the statue, calling it “embarrassing” as he asked the film crew to turn off the cameras.

‘The Late Late Show’ host James Corden had fun teasing David Beckham as he fooled around with his statue that was unveiled on March 2 at LA Galaxy’s stadium ahead of their season opener against Chicago Fire.

Corden along with LA Galaxy team got together to prank Beckham with a fake statue that looked nothing like the handsome former footballer. They replaced the original one and placed a fake as Beckham was to come to inspect it before showing it to his family.

A clip of the prank was released by Corden on Monday that showed Beckham shocked at the statue, calling it “embarrassing” as he asked the film crew to turn off the cameras.

This is the fake statue:

We made a fake statue of David Beckham. See how he reacts here... https://t.co/I8PfLzaQVd x pic.twitter.com/XWFS8J221E

As Beckham looked visibly disappointed with the statue, Corden could be seen having a gala time. LA Galaxy president Chris Klein played along with the joke and comedian Maz Jobrani imitated real sculptor Omri Amrany.

Beckham was heard telling Jobrani, "How can you change this in such a short amount of time? My parents and wife are coming over."

"I don't want to offend you in any way, but this is a big thing for me. It's embarrassing," he added.

When Corden couldn’t contain his reaction, he eventually revealed that the statue was just a joke and not the real one.