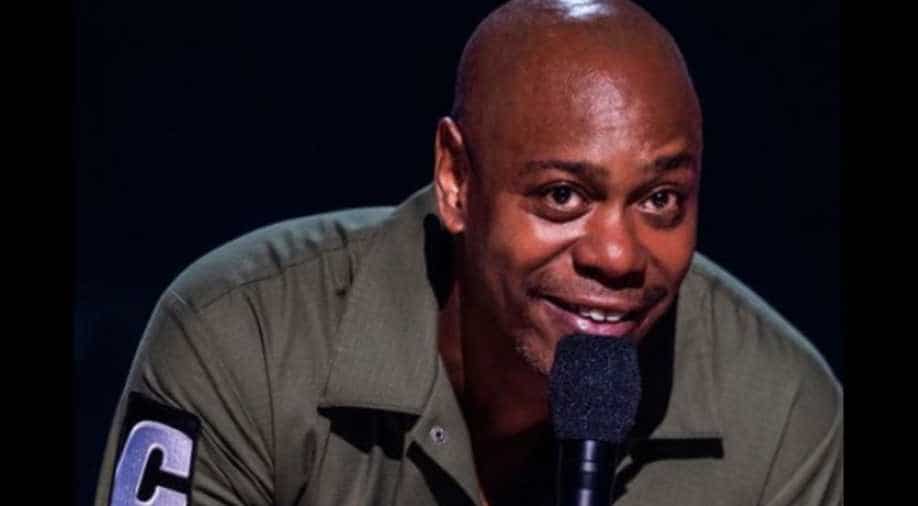 Last year in November, less than a month after the beloved sketch series debuted on Netflix, the streaming service removed `Chappelle`s Show` from its catalogue at Dave`s request.

American stand-up comedian, Dave Chappelle released a surprise clip from a stand-up performance on Thursday (local time) in which he revealed that 'Chappelle`s Show' is coming back to Netflix on February 12.

According to People magazine, towards the end of the roughly 10-minute-long video captioned 'Redemption Song', Chappelle wrapped it up by making the announcement and thanking Netflix Co-CEO Ted Sarandos for pulling `Chappelle`s Show` at his request in November.

Chappelle said, "I asked you to stop watching the show and thank God almighty for you, you did. You made that show worthless because without your eyes it`s nothing. And when you stopped watching it, they called me. And I got my name back and I got my license back and I got my show back and they paid me millions of dollars. Thank you very much."

'The Half of It' to 'To All The Boys': Valentine's weekend guide for coming-of-age romance

He added, "And finally, after all these years, I can finally say to Comedy Central: It`s been a pleasure doing business with you."In the stand-up clip posted on Thursday (local time), the comedian also railed against people he said "rejoiced" in his COVID-19 diagnosis, as well as the Capitol rioters.

Last year in November, less than a month after the beloved sketch series debuted on Netflix, the streaming service removed `Chappelle`s Show` from its catalogue at Dave`s request.

As per People magazine, the comedian, who has had a professional relationship with Netflix for the last four years, asked the streamer to pull the series due to a dispute with the channel and its parent company, ViacomCBS. Chappelle alleged that the initial contract he signed to produce `Chappelle`s Show` has prevented him from receiving royalties for the series and allowed the company to license it without his consent.