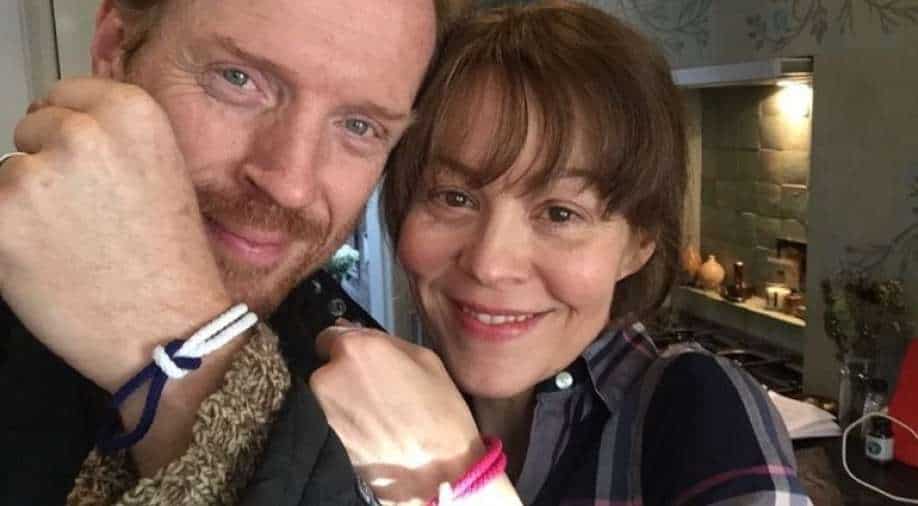 The 'Billions' star, honoured McCrory, who was widely known for her roles as Narcissa Malfoy in the popular `Harry Potter` films and Polly Gray in `Peaky Blinders`, in an emotional tribute.

The 'Billions' star, honoured McCrory, who was widely known for her roles as Narcissa Malfoy in the popular `Harry Potter` films and Polly Gray in `Peaky Blinders`, in an emotional tribute written for The Sunday Times, in which he reflected on his "brilliant" wife`s life.

"Many people have spoken about her career and many more will, so that`s where I'll leave it because it strikes me that two things are happening this weekend: an outpouring of grief and shock, and a celebration of Helen McCrory the actress from fans everywhere, and of Helen the person. And that`s who I want to talk about," Lewis said of the actor.

"Helen was an even more brilliant person than she was an actress," the actor continued. "She was a people person, sure. `I`m much more interested in who I`m with than where I am,` she would say, and innately wanted to share. But she also lived by the principle of kindness and generosity. That you put these things out into the world to make it better, to make people feel better, " he added.

Lewis went on to speak on how McCrory always "spread happiness," writing, "even when dying in her last few days, when talking to our wonderful carers, she repeatedly said, `thank you so much in her half-delirious state."

"I`ve never known anyone able to enjoy life as much. Her ability to be in the present and enjoy the moment was inspirational. Nor was she interested in navel-gazing. No real interest in self-reflection; she believed in looking out, not in. Which is why she was able to turn her light so brightly on others," Lewis added.

Lewis married McCrory in 2007, after they met on the production of `Five Gold Rings` at London`s Almeida Theatre in 2003, and have two children 14-year-old daughter Manon, and 13-year-old son Gulliver,

About their two kids, Lewis wrote, "They have in them the fearlessness, wit, curiosity, talent and beauty of their mother. She has exhorted us to be courageous and not afraid,".

He also wrote in the tribute of McCrory that she has been utterly heroic in her illness. "Funny, of course -- generous, brave, uncomplaining, constantly reminding us all of how lucky we`ve been, how blessed we are. Her generosity has extended to encouraging us three to live. Live fully, take opportunities, have adventures."

"I`m staggered by her," he added of McCrory. "She`s been a meteor in our life."

Lewis announced McCrory`s demise on Friday, April 16.  "I`m heartbroken to announce that after a heroic battle with cancer, the beautiful and mighty woman that is Helen McCrory has died peacefully at home, surrounded by a wave of love from friends and family," he said on Twitter.McCrory has been honoured on social media since the news of her death by costars and friends, including Daniel Radcliffe, Helen Mirren, Jason Issacs, J.K. Rowling, Tom Felton and Cillian Murphy.

In addition to her film and TV roles, McCrory began her career on stage and appeared in more than 25 productions during the 1990s through the mid-2010s. Her stage credits included `Macbeth`, `Pride and Prejudice`, `As You Like It`, `Medea`, and many more. The `Peaky Blinders` has also appeared in the James Bond film `Skyfall`, Martin Scorsese`s `Hugo` and played Cherie Booth, wife of U.K. Prime Minister Tony Blair, in `The Queen` and `The Special Relationship`.